New project for the preservation of the World Heritage Property in Nepal: Lumbini, Lord Bhudda’s Birthplace starts with funds from UNESCO/Japanese Fund-in-Trust 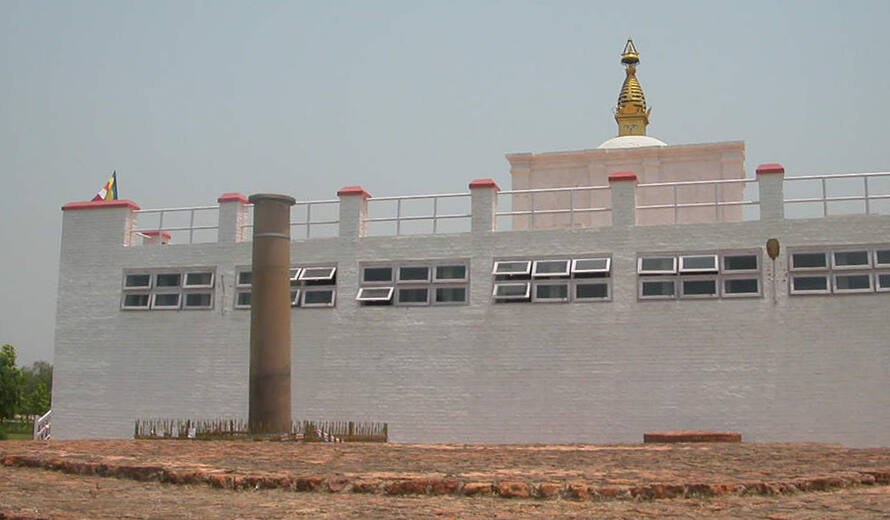 A new project for the conservation and management of Lumbini, the Birthplace of Lord Buddha, one of the UNESCO World Heritage properties in Nepal has been launched on 16 July 2010 in Kathmandu with the signing of the Plan of Operation by the Government of Nepal and UNESCO. The project will be coordinated by the UNESCO Kathmandu office in close collaboration with the World Heritage Centre and will be implemented jointly with the Department of Archaeology of Nepal and the Lumbini Development Trust with a grant of USD 800,000 in the framework of the Japanese Funds-in-Trust for the Preservation of the World Cultural Heritage.

"This project a significant step forward that will enable the Government of Nepal to reinforce its effort in the protection, enhancement and sustainable development of Lumbini, which as a major pole of international pilgrimage tourism in Nepal is a major source of national income" said Axel Plathe, Head of Office and UNESCO Representative to Nepal on the occasion of signing. "We are grateful to the Government of Japan to accompany the Government of Nepal and its implementing partners in this endeavor".

Japan's Ambassador to Nepal, Tatsuo Mizuno said: "We applaud Nepal's efforts to preserve Lumbini as one of the world's centre of Buddhist pilgrimage and are proud to be able to contribute to protect this unique spiritual place for future generations. The Government of Japan wishes that this project will contribute to further enhancement of technical cooperation in preservation of cultural heritage and friendly relations with Nepal".

Bishnu Karki, Director-General of Nepal's Department of Archeology, speaking on behalf of the Government of Nepal, expressed "the gratitude of the Nepali people to all those who work with us to safeguard  Lumbini that is one of the most emblematic placers in the world and has tremendous value for our people and for the global community".

The project, which was designed within the framework of the 1978 Kenzo Tange Master Plan for Lumbini, contributes to the protection of this unique site that was inscribed in 1997 in the World Heritage List. In particular, it will foster the conservation of the Ashoka Pillar, the Marker Stone and the Nativity Sculpture; provide a survey of the archeological vestiges within and around the property; review the present state of the Sacred Garden and establish an Integrated Management Plan for the entire property.

One of the main objectives of the project is to strengthen the institutional capacity of the national implementing agencies, that will mainstream the project results in the future plans and programmes for the preservation of Lumbini.

The launching of the project will be celebrated on 3 August 2010 in Lumbini, prior to the first meeting of the International Scientific Steering Committee of the project, which will be organized in Lumbini on 5 August followed by a short press meet with project experts and representatives of the implementing agencies in Kathmandu the other day.