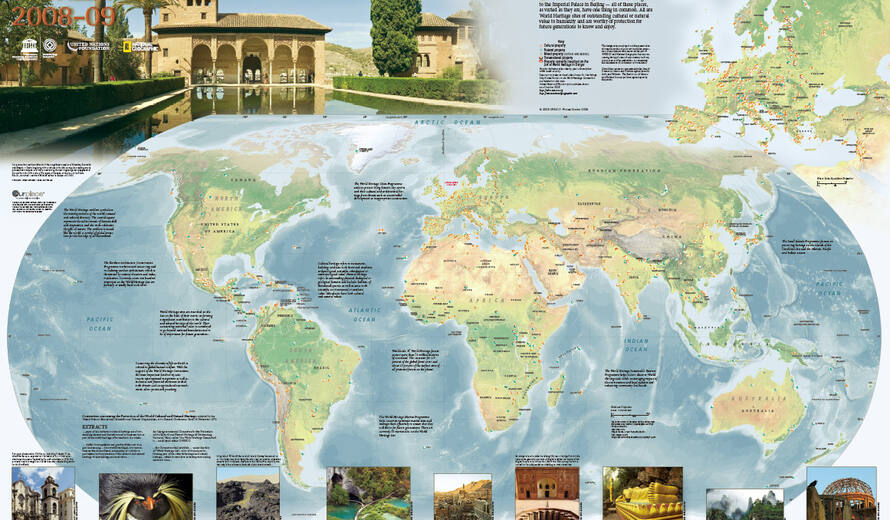 The map is an extremely valuable learning and awareness-raising tool that gives a rich and initial contact with the World Heritage concept, allowing UNESCO to communicate its work in this field on a large scale. The original versions of the map are English, French and Spanish, but through the partnership with National Geographic and its local magazines the map has so far been published in Romanian and Serbian language versions and in the four Scandinavian languages (Danish, Finnish, Norwegian and Swedish).