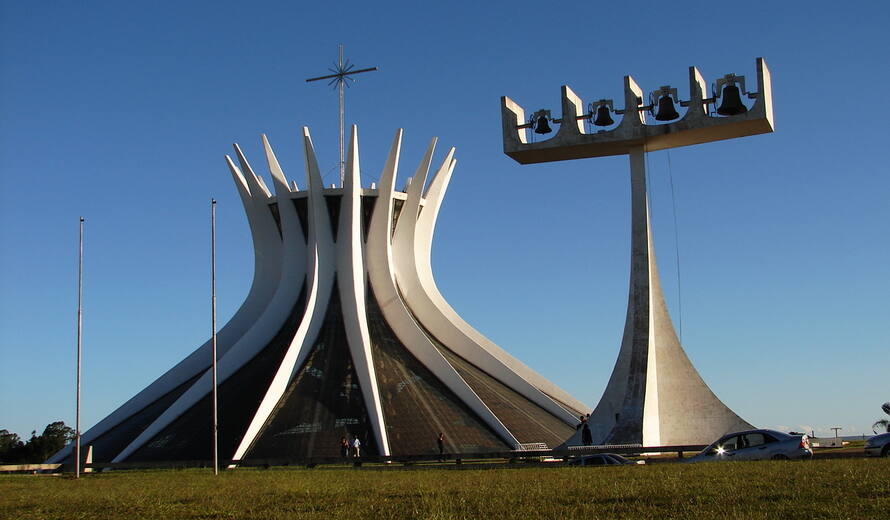 UNESCO and the Federal District Government held a ceremony on 7 December 2007 to celebrate 20 years of Brasilia's inscription as a World Heritage site.

‘We will strive with all our efforts to ensure that Brasilia, which is the only contemporary asset inscribed by UNESCO, preserves its quality of life and its urban, architectonic and human conception,' said the Governor of the Federal District, Jose Roberto Arruda.

At the ceremony, which was attended by UNESCO's representative in Brazil Vincent Defourny and the Secretary of Culture of the Federal District, Silvestre Gorgulho, homage was paid to the 100th birthday of Oscar Niemeyer, the man behind Brasilia's architectonic project, and to urban planner Lucio Costa, who won the competition for the design of the Brazilian capital 50 years ago. A photographic exhibition entitled ‘Views from Brasilia' was also inaugurated.

The Jose Aparecido de Oliveira Award was launched to stimulate heritage education and activities relating to preservation. The Governor also signed decrees for the inscription of the Cinema Brasilia and Dulcina de Moraes Theatre, the regulation of inscription for intangible heritage and the creation of the Altiplano Leste Sculpture Park.

On 11 December 2007, a book called ‘Architecture in the Development of Brazil' was launched. This publication is the result of collaboration between UNESCO and Caixa Economica Federal and presents Brazilian architecture from the first occupation of Brazilian land to the building of Brasilia, the first modern city to be inscribed on the World Heritage List.

Brasilia's inscription on UNESCO's World Heritage List took place on December 7, 1987. The ICOMOS report pertinent to the inscription defended the protection of a modern, unique and singular city, built in the 20th century from scratch, in the middle of nowhere, to become not just the capital of a country but also a magnificent historical example.