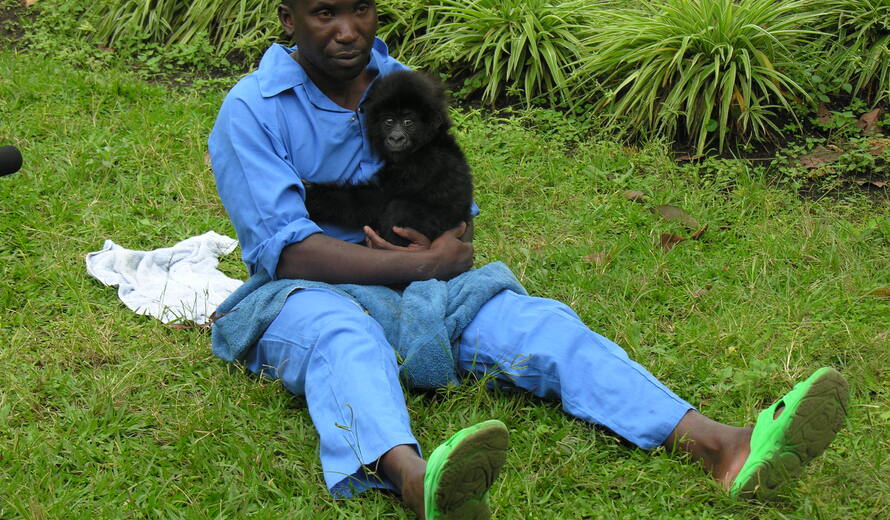 Heavy fighting broke out again on December 3, 2007 between the DRC army and rebel forces of general Nkunda north of the city of Goma, in North Kivu.  Heavy shelling and gunfire is taking place in the immediate vicinity of the heart of the gorilla sector in the Virunga National Park and World Heritage site. The renewed fighting poses a serious threat to the survival of the mountain gorillas, flagship species of this World Heritage site, of which only an estimated 700 remain in the wild. Since the beginning of this year, 10 gorillas have been killed in Virunga and two more are missing. For more than 3 months now, park authorities are unable to enter the gorilla sector and ensure protection and monitoring of the gorilla families.

The current fighting has also added to the human suffering of local communities around the World Heritage site and the humanitarian crisis is starting to take on catastrophic proportions. Already an estimated 425,000 people have been displaced by the fighting, including 70 park ranger staff. As a result of the conflict, a number of makeshift camps of displaced people has sprung up right next to the park, adding further pressure on its natural resources due to people desperately looking for food, firewood and building materials for temporary shelter.

The renewed degradation of the security situation and continued threats to the five DRC World Heritage sites motivated the World Heritage Committee to request the Director General of UNESCO and the Chairperson of the Committee to organize a high-level meeting with the DRC authorities to address the urgent threats to the sites. Currently, the Centre is in contact with the Office of the President to organize this meeting. The Committee also decided to apply the new reinforced monitoring mechanism to all five DRC sites. In August, a UNESCO/IUCN mission visited the site to investigate the January and June gorilla killings.

The World Heritage Centre continues to monitor the situation closely and is in contact with the protected area authority and its conservation partners as well as MONUC to get up too date information on developments. However, there is little that can be done to safeguard the gorillas and secure the management of the site as long as the fighting continues.