The MoU launches a new public service project aimed at creating a database of high-definition, digital motion pictures on different forms of cultural heritage to ensure the transmission of knowledge between generations and promote cultural diversity.

The Director-General welcomed the signing of the MoU, particularly since it follows the authentication of the International Convention for the Safeguarding of the Intangible Cultural Heritage (see Flash Info 246). "This new partnership", he stated, "will promote UNESCO's holistic concept of heritage and the values it represents. It will also raise awareness on the existence of the new Intangible Heritage Convention which requires ratification by 30 Member States before entry into force". The partnership with NHK, he added, "will put vital audio-visual resources to the service of promoting tangible, intangible and natural cultural heritage preservation."

For his part, Mr Kawarmura highlighted the importance of "creating digital archives to preserve different forms of world heritage for viewing by future generations". 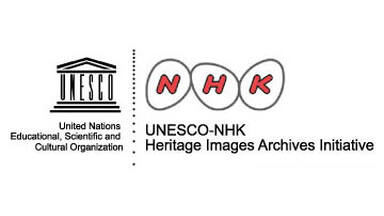 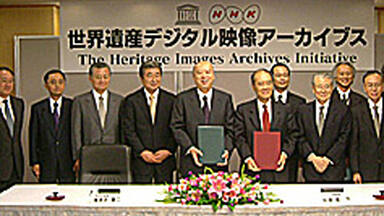