The winning project is a dialogue between the interiors of the World Heritage sites Notre Dame in Paris, France and the Decorated Farmhouses of Hälsingland, Sweden, expressed through brightly coloured paintings and stories which have been built up over time. Both sites are examples of invaluable cultural heritage affected by external influences; Notre Dame from the large-scale fire in April 2019, and the Decorated Farmhouses of Hälsingland from the increased humidity of the climate. The dialogue - fire and water - is also shown in two series of sculptures.

“My experience has been both joyful and educational,” said Steby Stenfalk. “I have been incredibly well received by the farmhouse owners on both a professional and personal level. I have had the opportunity to take part in the knowledge and history of the farmhouses and get to know the farmhouse owners and their everyday life.”

The artist also has a personal connection to World Heritage through her grandfather, Birger Steby, an engineer who worked on the UNESCO relocation of the temples at Abu Simbel in Egypt, the conservation project which, through its successful use of international cooperation for heritage preservation, led to the creation of the World Heritage Convention. Steby’s task was to calculate how each section should be cut, so that each part of the temple remained intact and at the same time did not weigh too much for transport. The stories about the fragmented and reassembled cultural heritage are one of Steby Stenfalk’s most powerful memories of her grandfather. With the support of the Swedish Arts Grants Committee, she will be travelling to Abu Simbel in 2023 to start a new project, mixing image materials from her trip with materials from her grandfather's photos, letters and other elements from his private archive. 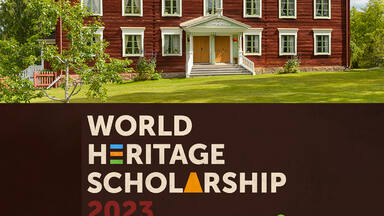 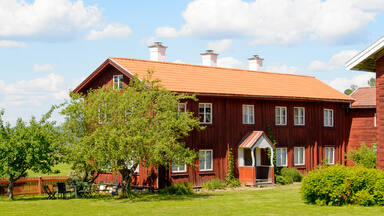 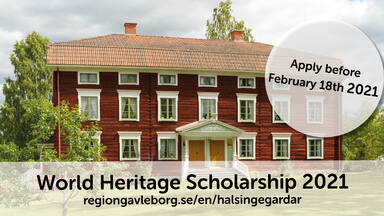