This represents a milestone partnership towards the full integration of culture in international climate action. New UNESCO data has alerted of the accelerated melting of glaciers in World Heritage sites, with glaciers in a third of sites set to disappear by 2050. Only a rapid reduction in CO2 emission levels can protect the exceptional biodiversity that depends on them. The recently launched “World heritage glaciers: sentinels of climate change” report, builds on recent UNESCO findings which underlined the vital role of forests in World Heritage sites in climate change mitigation, absorbing 190 million tons of CO2 from the atmosphere each year.

As the world holds COP27 and celebrates the 50th anniversary of the 1972 World Heritage Convention, this global research and action agenda is particularly timely. Building on its house-wide Strategy for Climate Action and its Declaration of Ethical Principles in relation to Climate Change, as well as its six widely ratified conventions in the field of culture, UNESCO has long been working to safeguard the world’s tangible and intangible cultural heritage from the effects of climate change. This is apparent through both its World Heritage Convention, ratified by 194 States Parties, as well as its 2003 Convention for the Safeguarding of the Intangible Cultural Heritage, ratified by 180 States Parties, both of which advance the role of culture for climate change mitigation and adaptation. UNESCO is currently revising its Policy Document on Climate Action for World Heritage (see here for more details: https://whc.unesco.org/en/climatechange/). UNESCO has gathered evidence for the first time through site level case studies concerning climate change's impact on culture through this World Heritage Canopy platform. The documented knowledge and practices inherent in World Heritage sites, transmitted by local communities, and evidenced by their spatial forms and management of local resources across different world regions show clearly the importance of traditional and indigenous knowledge and practices as a resource for Climate Action.

A number of key messages emerged from the Scientific Outcome of the International Co-Sponsored Meeting on Culture, Heritage, and Climate Change, including the following closely related to UNESCO’s mission:

This global research and action agenda is fully aligned with the outcomes of the UNESCO World Conference on Cultural Policies and Sustainable Development – MONDIACULT 2022, which resulted in the adoption of a Declaration by 150 countries that stresses the importance of integrating cultural heritage and creativity into international discussions on climate change. The Declaration encourages UNESCO to develop operational guidelines on the subject, in the framework of the UNESCO conventions and recommendations in the field of culture, and in synergy with relevant international organizations, frameworks and mechanisms, such as the United Nations Framework Convention on Climate Change (UNFCCC), the Convention on Biological Diversity (CBD), the World Meteorological Organisation (WMO), the United Nations Agriculture Organisation (FAO), the United Nations Environment Programme (UNEP), the Intergovernmental Panel on Climate Change (IPCC), as well as the Flexible Mechanism for addressing the impacts of climate change on cultural and natural heritage (2020), with the aim of assisting Member States in the development of their policies and strategies to address extreme climate impacts affecting the entire cultural sector. 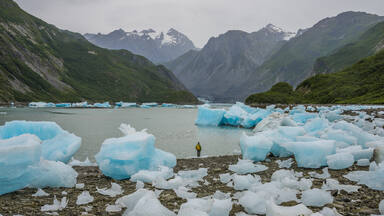