Stockholm+50 reflects on milestones in conservation of nature’s treasures

As we celebrate 50 years of global environmental action for the anniversary of the 1972 United Nations Conference on the Human Environment, a side-event commemorated the birth and achievements of four key biodiversity-related Conventions adopted in the 1970s: the Ramsar Convention, the World Heritage Convention, CITES and the Convention on Migratory Species.

Conservation of species and ecosystems is key to a healthy planet and livelihoods. By showcasing concrete examples of cases where the Conventions have worked successfully together, an event organised at the UN Stockholm+50 meeting allowed the Parties to the four multilateral agreements to reflect on the milestones achieved and future opportunities to increase effectiveness.The Party representatives, including from the United Kingdom, Switzerland, Botswana, Uzbekistan, Venezuela, Czechia and Norway, underlined the benefits of multilateralism in addressing nature loss. The Conventions offer global standards and access to capacities, financial resources and partnerships but we also need to empower communities and involve the private sector, the Ministerial panel noted.

The panelists further stressed  the importance of restoring and protecting nature as an asset for sustainable development and climate action. “The goals for climate, human development and pandemic recovery can only be met if objectives to protect nature are met.”

“A lot has been achieved since Stockholm, but trends in nature are alarming. Work done by these organisations and others to protect and restore nature is absolutely essential. Nature delivers for everything we depend on, the economy, human wellbeing, and it is the most cost-effective way to respond to climate change,” said Lord Goldsmith, the Minister for the Pacific and the International Environment (UK).

The Heads of the Conventions called for ambition to meet the conservation targets for species and sites, with enhanced cooperation among actors notably at the national level and the forthcoming post-2020 Global Biodiversity Framework serving as key mechanisms.

Ms Alyona Krivosheyeva of the Association for the Conservation of Biodiversity of Kazakhstan took the event participants on a journey to Saryarka – Steppe and Lakes of Northern Kazakhstan, a World Heritage site designated also under the Ramsar Convention. The site is home to the critically endangered Saiga, a migratory antelope protected both under CITES and CMS.

The 1972 United Nations Conference on the Human Environment was the first world conference to make the environment a major issue in the global arena. It significantly influenced the early days of the Convention on Wetlands of International Importance especially as Waterfowl Habitat (Ramsar) and UNESCO’s Man and the Biosphere Programme, both adopted in 1971 and regarded as pioneers for global site networks.

The Stockholm+50 coincides with the 50th anniversary of the World Heritage Convention.

Learn more about UNESCO's participation at Stockholm+50: Stockholm+50: taking stock of the first international UN conference on the environment | UNESCO 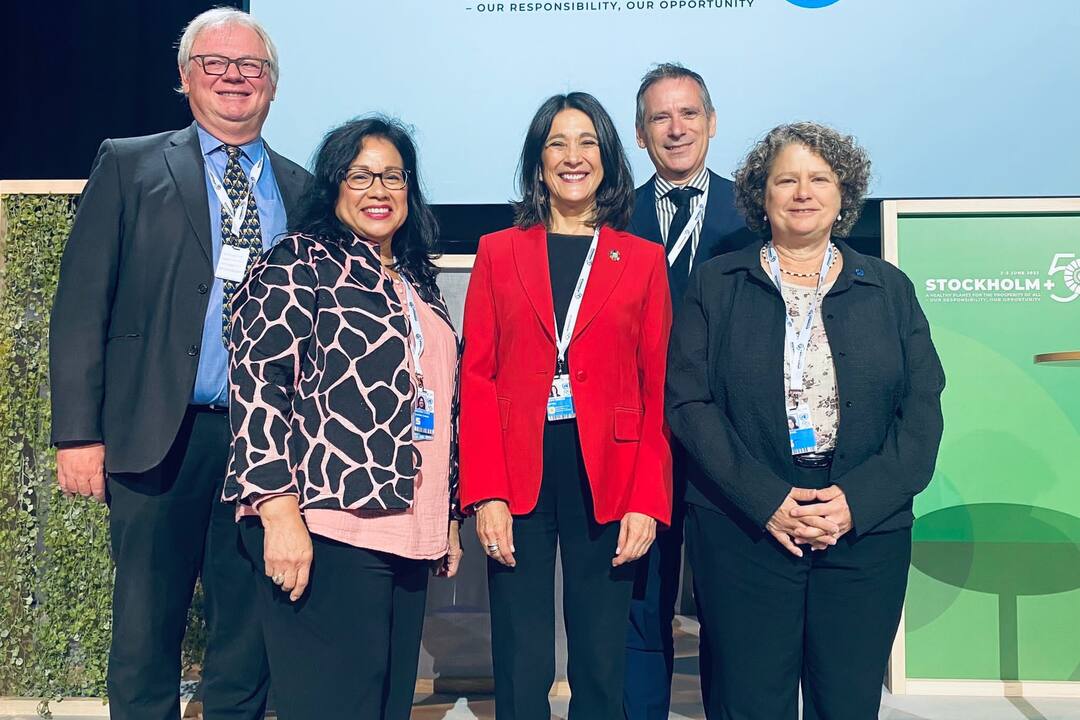 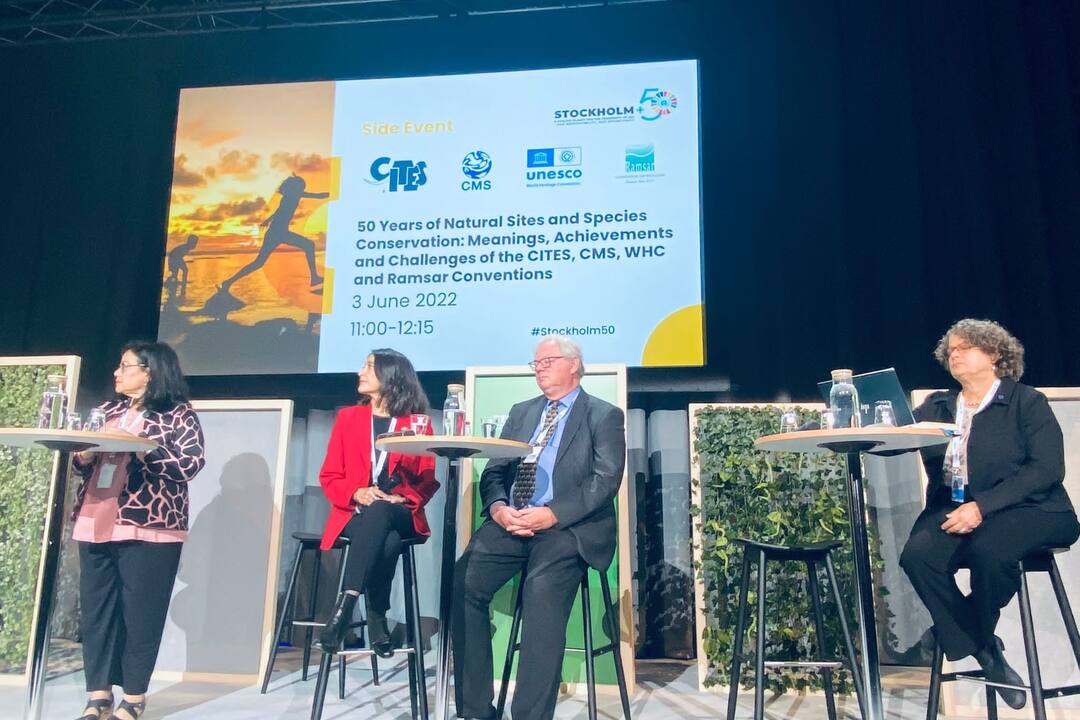 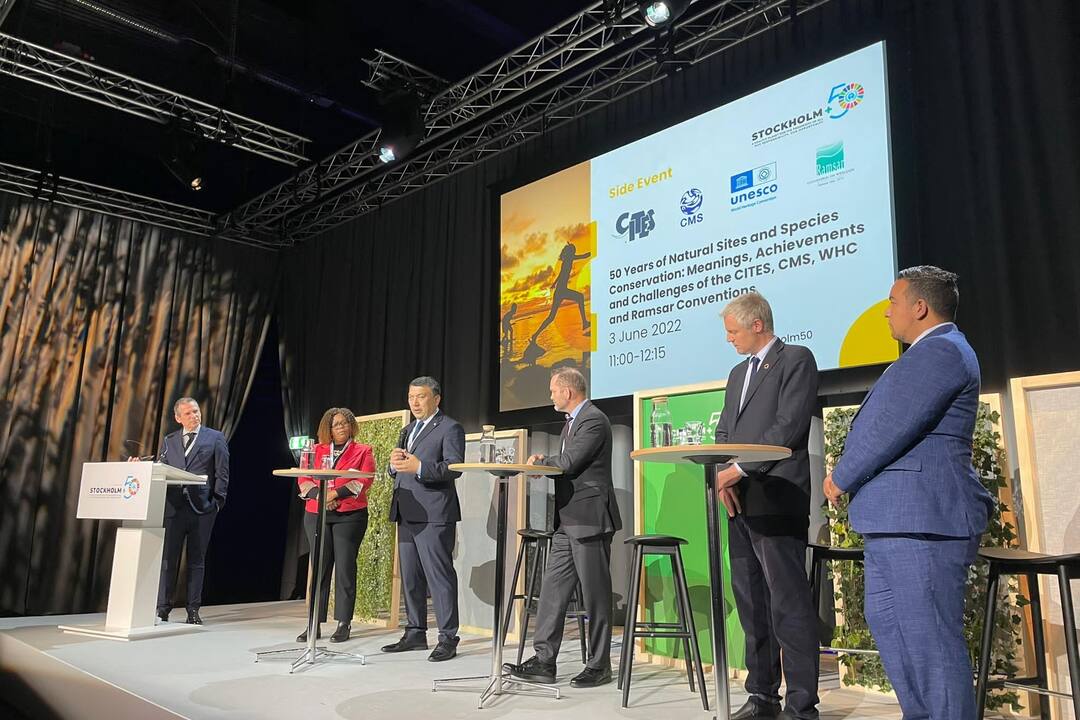 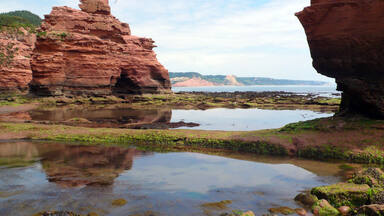 World Heritage and Ramsar Convention on Wetlands
top
Forgot your username or password?
Become a member