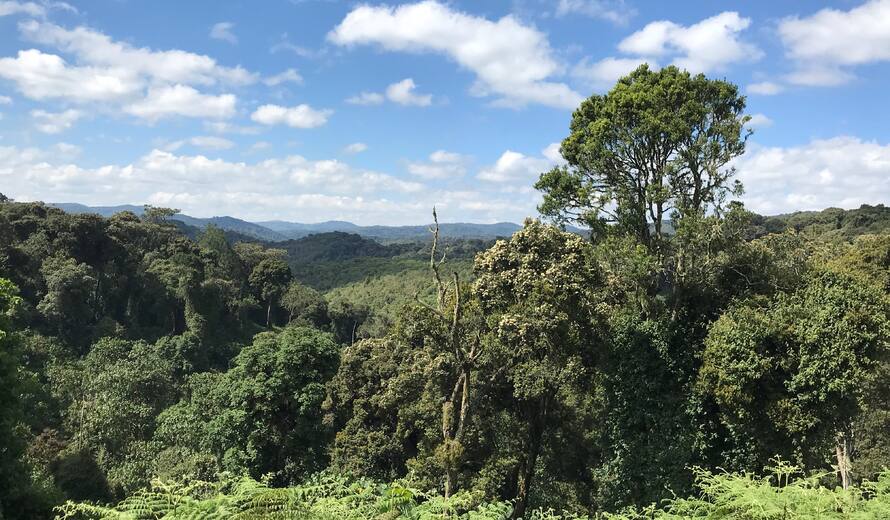 In the framework of the implementation of the World Heritage Convention, the Rwandan National Commission for UNESCO organized in Huyé from 9 to 11 June 2021, with the technical and financial support of the UNESCO World Heritage Centre, a national technical consultation to raise awareness on the importance of this Convention and to elaborate a roadmap for the preparation of the nomination file of Nyungwe National Park (NNP) on the World Heritage List. Rwanda received initial international assistance in 2020 to update its Tentative List, which contributed to the addition of Nyungwe National Park in February 2021.

During this important workshop, the main lines of the Convention concerning the protection of World Cultural and Natural Heritage and its importance for Rwanda were discussed in the presence of His Excellency Mr François-Xavier NGARAMBE, Ambassador Extraordinary and Plenipotentiary of the Republic of Rwanda to France and Permanent Delegate of Rwanda to UNESCO, and about twenty experts, site managers, technical and financial partners, academics, representatives of political and administrative authorities and civil society.

Following the discussions, a roadmap was proposed and approved for the eventual finalisation of the nomination of Nyungwe National Park to the World Heritage List by 2022. A field visit was also organised to Nyungwe National Park to raise awareness of both the World Heritage nomination process and Rwanda's efforts to build the resilience of the communities living in the nominated site.

Nyungwe National Park is among the most diverse and important forest areas in the Albertine Rift Mountains. It is characterised by a wide range of habitats, supporting a high diversity of plants (about 200 tree species, 100 orchid species), reptiles, mammals, rare birds and primates, including the endangered chimpanzee and about 13 primate species. Most of the endemic and threatened species in these mountains are not found in any of the other World Heritage sites. The famous Rukarara River, one of the main sources of the Nile, originates in the Nyungwe Natural Forest.