UNESCO welcomes the Italian government's decision to ban large cruise ships from the Venice Lagoon. The UNESCO World Heritage Committee urged Italy in 2014 to ban large ships and oil tankers from entering the Venice Lagoon. Sometimes weighing up to 40,000 tonnes, they undermine the Venice lagoon and its ecological balance. The decree-law announced by the Italian Government is a very positive step in the implementation of the recommendations made by the World Heritage Committee.

While a UNESCO/ICOMOS/Ramsar Convention advisory mission, conducted in January 2020, considered that the redirection of cruise ships to a temporary terminal in the port of Maghera could be a temporary solution, the Organization will also remain attentive to the solutions put in place by Italy, which is considering, in particular, the possibilities of using the existing canals (the industrial canal to Port Marghera and the Canale Vittorio Emanuele III) to bypass the historic centre.

In the spirit of the international safeguarding campaign launched after the historic floods in Venice in 1966, UNESCO will provide all the necessary assistance and support to Italy to protect the Outstanding Universal Value of this World Heritage property in the long term.

Venice, one of the most beautiful historic cities in the world and an emblematic World Heritage site since 1987, has been threatened on several fronts for many years. It faces complex and systemic problems, such as the impact of high tides and wave motion on the foundations of historic buildings, the negative human-induced effects on the ecosystem of its Lagoon, and the transformation of its historic vernacular habitat for commercial and tourist reasons leading to the exodus of inhabitants, among other issues. Before the COVID-19 crisis, mass tourism, especially cruise tourism, was also a major threat to the city and its environment. 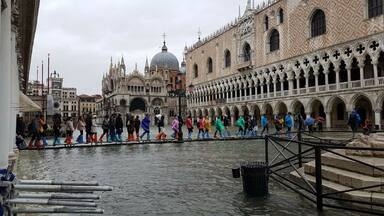 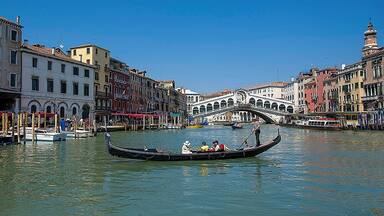