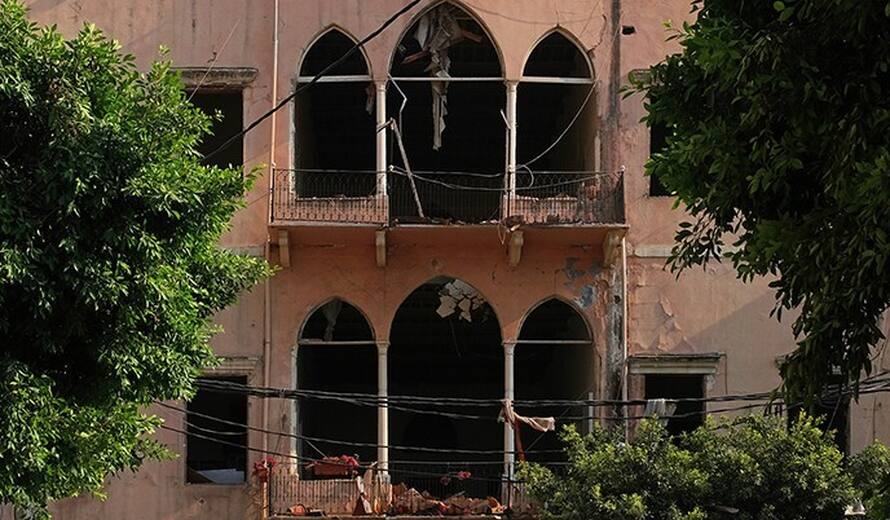 UNESCO will host the last of three ResiliArt online debates dedicated to Lebanon, ResiliArt Lebanon: Bridging the Past and Future through Built Heritage, on 24 September, from 6 pm to 7.30 pm (CET). It will bring together experts and actors in the field of built heritage to discuss the impact of the 4 August blast on the architectural and urban heritage of Beirut, and ways to implement a comprehensive approach to urban recovery that integrates cultural heritage protection and people-centred policies.

The ResiliArt Lebanon debates are held in the framework of UNESCO’s #LiBeirut initiative, launched to raise support for the rehabilitation of cultural heritage, cultural life and education following the devastating explosions at the Port of Beirut. Like its two predecessors, the third and final debate is organized in cooperation with the Permanent Delegation of Lebanon to UNESCO.

Ernesto Ottone R., UNESCO Assistant Director-General for Culture, will introduce the debate, alongside Ambassador Sahar Baassiri, Permanent Delegate of Lebanon to UNESCO. This debate will bring together Sarkis Khoury, Director General of Antiquities of Lebanon, Fadlallah Dagher, Architect, Member of the Beirut Heritage Initiative, Mona Fawaz, Professor of Urban Studies and Planning, American University of Beirut,Catherine Otayek, volonteer member of the NGO OffreJoie, Lebanon since 2009, Yasmine Makaroun Bou Assaf, Director, Centre of Restoration and Conservation of the Faculty of Fine Arts and Architecture, Lebanese University and member of the Executive Board of ICOMOS Lebanon, Mousbah Rajab, Former Head of the Department of Urban Planning of the Faculty of Fine Arts and Architecture, Lebanese University, and Jad Tabet, President the Order of Engineers and Architects of Beirut, expert of the World Heritage Committee (2013-2017). Mechtild Rössler, Director of UNESCO’s World Heritage Centre, will moderate the debate, which will be available in Arabic, English and French. Viewers will be able to ask questions and contribute their ideas through a live chat.

Previous debates are available through video on demand:

The blasts in Beirut resulted in hundreds of deaths, thousands of injuries and damage to large parts of the city’s neighbourhoods, notably those of Saifi, Gemayzeh, Mar Mikhael and Qarantina, impacting more than 640 historical buildings. Much of Beirut’s historical architectural and urban heritage, dating back to the Ottoman, Late Ottoman and French Mandate periods were situated in those neighbourhoods. This heritage is of social and aesthetic value and is considered essential to people’s collective memory and to the identity of Beirut.