Recognizing and supporting rangers working against all odds 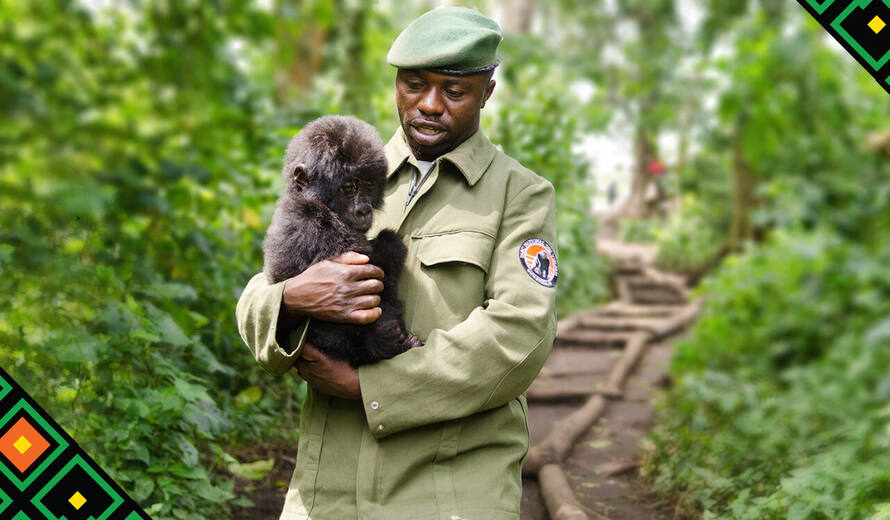 Rangers face tremendous odds while undertaking their work protecting Africa’s remaining wild places. A recent survey of rangers conducted by the WWF showed that almost 80% of the 1,742 respondents had faced a life-threatening encounter during their work.

Tragically, in the last 12 months at least 137 rangers have died worldwide according to the International Ranger Federation. The Game Rangers Association of Africa (GRAA) has recorded 59 ranger deaths in Africa meaning that at least 384 African rangers have been killed in action since 2012. It must be remembered that these figures only reflect those deaths reported and actual estimates are thought to be significantly higher.

‘On World Ranger Day we acknowledge our ranger colleagues who have fallen in the line of duty over the year. We also pay tribute to the family members left behind in neighbouring communities whenever a ranger is killed. It is our duty to ensure the sacrifices made by rangers and their families do not go unnoticed and for us to continue to support Africa’s rangers,’ said Andrew Campbell, Chief Executive Officer of the Game Rangers’ Association of Africa (GRAA).

The GRAA, through a joint initiative with SATIB Insurance Brokers called RangerProtect, supports the accidental death, disability and medical evacuation cover of over 1500 rangers across Africa. Costing just $30 per ranger per year this insurance cover provides financial support to the families of rangers killed in action and ensures rangers receive in field support if they are injured.

With such perilous risks in the field it is easy for ranger morale to waver. Since 2012, the GRAA has facilitated the Rhino Conservation Awards to recognize their efforts and help motivate rangers in the field.

The GRAA is also involved in a vital initiative to support rangers as the COVID-19 pandemic continues to spread across Africa. Further details are to be announced, but the goal is to get at least 5,000 rangers across the continent back in the field at full capacity. This will make a tangible difference to rangers and the essential conservation work they do.

See below the African Ranger Honor Roll 2020. On World Ranger Day, GRAA remembers the 59 colleagues who have died since 31st July 2019 having served Africa’s wildlife and wild places with distinction. The African rangers whose deaths are not reported at present are represented by the Unknown African Ranger. It is thought these figures are substantially higher due to lack of reporting.