A new armed attack was carried out this Tuesday, July 28, 2020 against the Armed Forces of the Democratic Republic of the Congo (FARDC), inside the Virunga National Park, a site inscribed on the UNESCO World Heritage List. It is currently believed that seven soldiers were killed in the territory of Beni, in the province of North Kivu.

These actions are reminiscent of the tragic events of June 24, 2020 during which 5 guards were critically injured; and of those of last April 24 when four civilians and thirteen staff members from the Virunga National Park were murdered by armed groups. Following these numerous attacks, UNESCO had expressed its condolences, grief and concern to the victims’ families.

UNESCO is concerned and deplores once again the deterioration of the security situation in Virunga National Park. With the support of its partners, it reaffirms its commitment to endorse the efforts of the Democratic Republic of the Congo in strengthening the protection of its natural sites.

Through 2019 a total of USD 1.8 million been granted by the World Heritage Centre to the site with funds from the United Nations Foundation and the Governments of Italy, Belgium and Spain as well as the Rapid Response Facility (RRF). The grants were used to increase the protection of guards and staff, reinforce infrastructure, and support impacted communities, among other things.  A new project on “Strengthening the resilience of the communities of the World Heritage Property of the Virunga National Park through the regeneration of income-earning activities” will soon get underway thanks to financial support from the International Alliance for the Protection of Heritage in Conflict Areas (ALIPH).

Virunga National Park was the first National Park to be established in Africa. It has been inscribed on the World Heritage List since 1979 due to its exceptional biodiversity, with numerous endemic and rare species such as the mountain gorilla. Armed attacks against the ICCN and FARDC staff operating in the parks, have amplified in recent years. 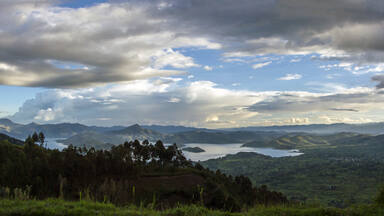