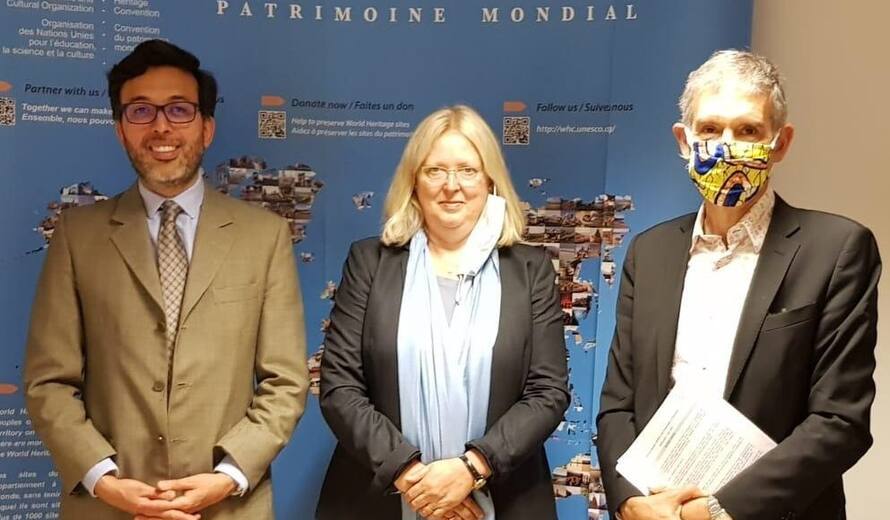 The Director of the World Heritage Centre held a bilateral meeting, on 1 July, with the Ambassador Permanent Delegate of the Bolivarian Republic of Venezuela to UNESCO in order coordinate the joint actions that could be taken concerning the state of conservation of the property Ciudad Universitaria de Caracas within the framework of cooperation between UNESCO and the State Party.

During the meeting, UNESCO was informed with regard to the important actions developed by the State Party to address the conservation of the inscribed property following the incident which occurred to a roof-corridor within the Ciudad Universitaria. The State Party confirmed that the necessary measures are being undertaken and that a full technical report is being prepared to be transmitted to UNESCO.

UNESCO expressed its willingness to support the State Party through existing mechanisms and modalities of assistance and technical cooperation, in accordance with the procedures established by the World Heritage Convention. The World Heritage Centre will continue to communicate closely in this regard with the State Party through official channels and national institutions responsible for World Heritage. The meeting concluded in a fruitful manner, reiterating the excellent collaboration between UNESCO and the Venezuelan authorities for further cooperation with regard to the protection of World Heritage.