Notre Dame: One year after the fire

A year has passed since the fire that ravaged Notre Dame Cathedral in Paris, France. The Cathedral is part of the World Heritage site “Paris, Banks of the Seine” and a fine symbol of Gothic architecture.

The flames tore through the upper levels of the 12th century cathedral on the evening of 15 April 2019, destroying two-thirds of its roof and collapsing its famous spire. Parisians and citizens from around the globe looked on in shock as one of the world’s iconic buildings almost succumbed to the blaze.

Emergency measures and works carried out since the fire occurred are still underway to ensure that the entire structure of the building is stable and safe. This first phase of securing the building is due to be completed in the summer of 2020, although all work is currently halted due to the Covid-19 lockdown in Paris. Only after this phase is completed can the restoration of the damaged sections begin.

Other efforts are being made to maximize the information that can be gathered from the site during this vulnerable phase. Researchers are analyzing rubble and the remains of the disaster to better understand the history of the conservation of the cathedral, its construction methods during successive building phases, and its architecture.

This is also an opportunity to reinforce the links between the Notre Dame building and traditional craftsmanship related to Gothic architecture. The goal is to preserve the building by using traditional practices and techniques of craftsmanship, and ensure they are shared with future generations.

UNESCO stands ready to support the French authorities as they continue to assess the damage and to discuss the plans envisaged for its conservation and the restoration of the destroyed sections.

The Notre Dame cathedral is widely regarded as the most beautiful example of French Gothic architecture, which includes innovative use of the rib vault and buttresses, colored stained glass rosettes and sculptural decorations. Construction of the church began in 1160 and continued for a century. It was inscribed on the World Heritage List in 1991 as part of the Paris, Banks of the Seine World Heritage site.

360° Photo visit of Notre Dame (with the permission of Tito Dupret)
Video of Paris, Banks of the Seine World Heritage site (UNESCO/NHK Videos on Heritage) 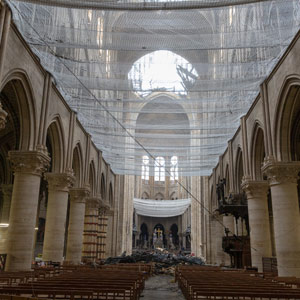 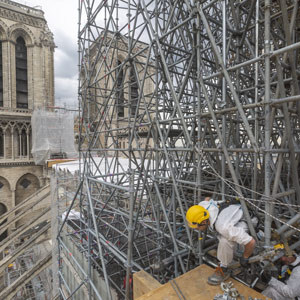 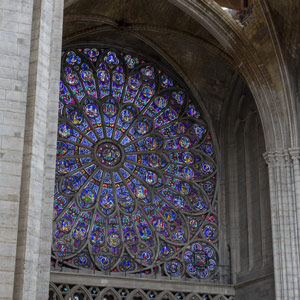 Images taken in June/July 2019 of damage to Notre Dame Cathedral,
resulting from the fire of 15 April 2019. 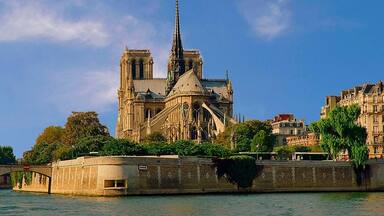 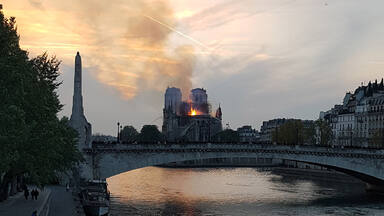