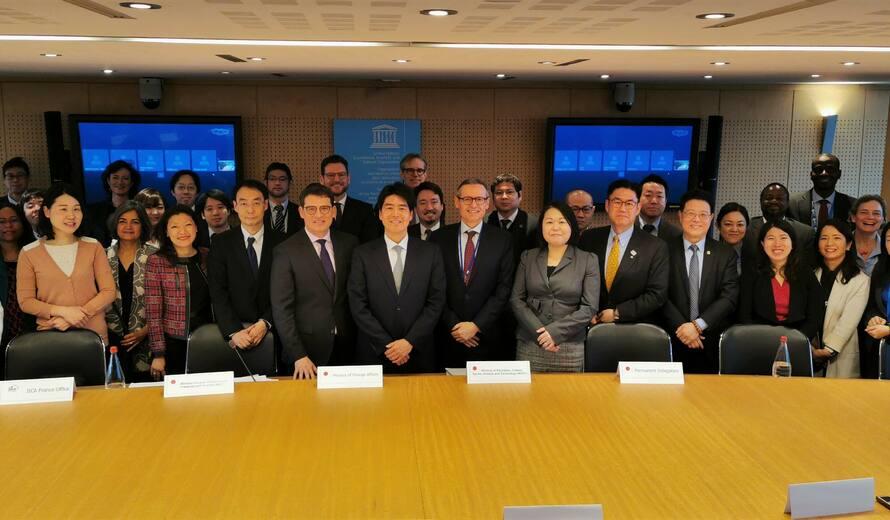 The Government of Japan announced that it would provide USD 3.8 million dollars in financial support to the World Heritage property of ‘Cultural Landscape and Archaeological Remains of the Bamiyan Valley’ in Afghanistan.

The property was inscribed simultaneously on the World Heritage List and the List of World Heritage in Danger in 2003, after the destruction of the Giant Buddhas, in recognition of its values as a testament of interconnectedness and shared history between Western and Eastern civilizations.

During its 31st session in July 2007, the World Heritage Committee set four corrective measures for the State Party to achieve the desired state of conservation and thereby allow the property to be removed from the List of World Heritage in Danger: the State Party is to ensure site security, the long-term stability of the Giant Buddha niches, the adequate conservation of archaeological remains and mural paintings, and to implement the Management Plan and Cultural Master Plan for the World Heritage property.

The newly-approved project, which represents the 6th phase of a long-term effort to support Afghanistan in the framework of the UNESCO/Japanese Funds-In-Trust cooperation, is aimed specifically at addressing the stabilization of the rear side of the Western Buddha niche and at preserving the surviving mural paintings at various locations in the Bamiyan Valley. It will also help guide the establishment of the national cultural heritage Office at Bamiyan and reinforce human resources in the field of heritage preservation and planning at the national level.

Approved on the 90th anniversary of the diplomatic relations between Japan and Afghanistan in 2020, this initiative will provide a new impetus towards fulfilling the necessary conditions to remove the World Heritage property of Bamiyan Valley from the List of World Heritage in Danger.

The authorities of Afghanistan and the international community, already very active in joining forces to preserve component sites and build national capacities for heritage conservation and management, are further encouraged to be associated with this endeavour.

Field operations are expected to start in the autumn of 2020 after the necessary technical preparations have been completed.