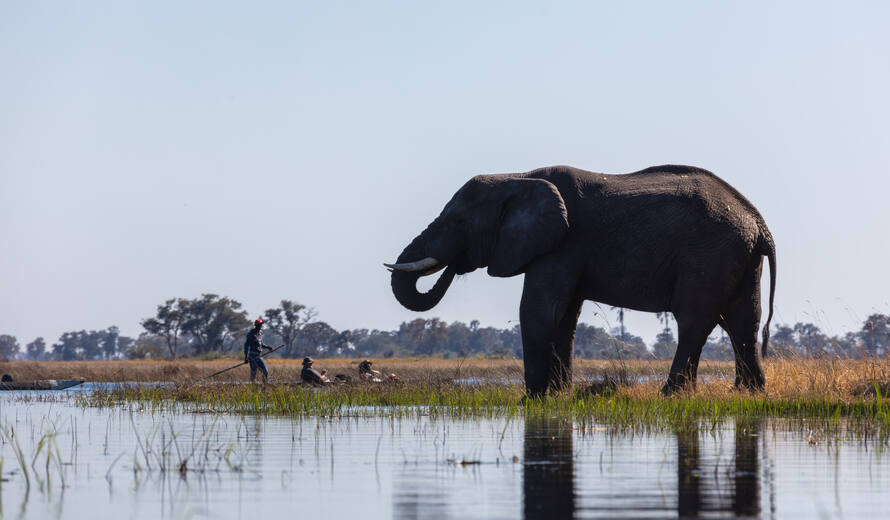 World Wetlands Day marks the date of the adoption of the Convention on Wetlands on 2 February 1971 in the Iranian city of Ramsar on the shores of the Caspian Sea. Today’s World Wetlands Day under the theme, ‘Wetlands and Biodiversity,’ is an opportunity to highlight the importance of wetland biodiversity conservation.

The significance of wetland biodiversity was stressed recently by the global IPBES assessment which identified wetlands as the most threatened ecosystem. This impacts 40% of the world’s plant and animal species that live or breed in wetlands.

Pantanal Conservation Area (Brazil) represents 1.3% of Brazil's Pantanal region, one of the world's largest freshwater wetland ecosystems. Fertö / Neusiedlersee Cultural Landscape (Austria, Hungary) is a unique example of people living in harmony with nature and a meeting place for different cultures for eight millennia. Forty-five percent of Sundarbans National Park (India) is wetland in the form of tidal rivers, creeks and canals and supports a wealth of biodiversity and animal species including the single largest population of tiger, and threatened aquatic mammals such as the Irrawaddy and Ganges River dolphins.

Wetlands are also vital feeding and breeding grounds for migratory birds. These flyways include World Heritage sites that are key stopover sites for birds, so the effective conservation of these sites is crucial for migratory bird conservation on a global scale. Banc d’Arguin National Park (Mauritania) is one of the most important zones in the world for nesting birds and Palearctic migratory waders.

Inscribed on the World Heritage List at the 43rd session of the World Heritage Committee, the Migratory Bird Sanctuaries along the Coast of Yellow Sea-Bohai Gulf of China (Phase I) (China) is another critical site for migratory birds. The intertidal areas of the Yellow Sea/Gulf of Bohai are of global importance for the gathering of many migratory bird species that use the East Asian-Australasian flyway. Large gatherings of birds, including some of the world's most endangered species, depend on the coastline as a stopover to moult, rest, winter or nest.

While World Heritage wetland sites are an important habitat for biodiversity, they are also threatened by pollution, climate change, dams and over exploitation. The World Heritage Centre is working towards addressing these issues, such as through the Okavango Delta (Botswana).

Okavango Delta was designated as a Ramsar site in 1996 and as a World Heritage site in 2014 due to its exceptional biodiversity and scenic values. Its Cubango-Okavango River basin is among the world’s last undisturbed river systems, but faces threats due to development pressure. The Delta is home to indigenous peoples and some of the world’s most endangered species of large mammal, such as the cheetah, white rhinoceros, black rhinoceros, African wild dog and lion.

In 2019, the States Parties of Angola, Botswana and Namibia agreed on a roadmap to explore the boundary extension of the Okavango Delta World Heritage site to protect the river basin and the unique wetland system (a project funded by UNESCO/Flanders Funds-in-Trust cooperation of the Government of Flanders, Belgium).

�This example illustrates how the World Heritage Convention can be a powerful tool to formalize international cooperation over shared heritage resources, and promote sustainable development by combining a global standard framework with the development of operational projects and concrete collaboration.

Through the World Heritage Convention’s close cooperation between States Parties and the Ramsar Convention, we will continue to protect wetlands and their biodiversity as a vital task of humanity.