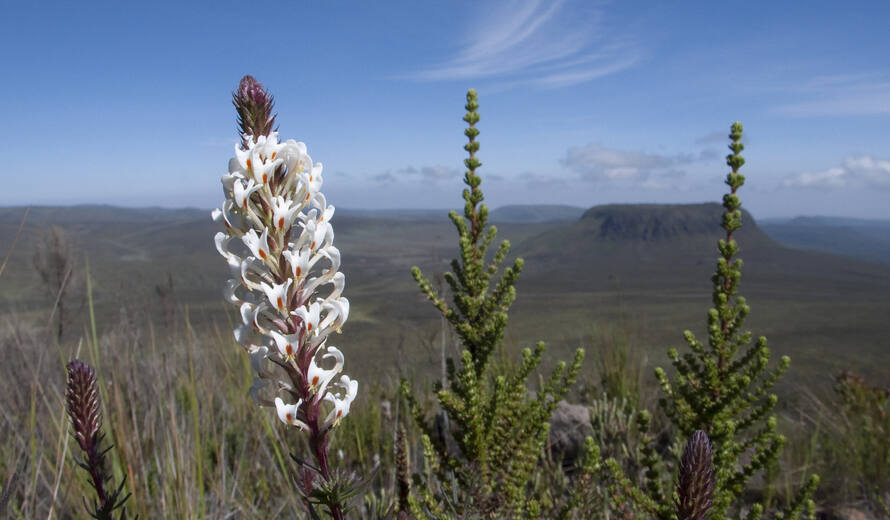 In response to the fires in Mount Kenya National Park in early March, the Kenyan authorities - Mount Kenya Trust - submitted a grant application to the Rapid Response Facility (RRF) and obtained the maximum amount of US$30,000. This support will make it possible to finance hours of helicopter flights to monitor the Park's risk areas and intervene with water bombers in the event of new fire outbreaks.

More than 20,000 hectares of land have been destroyed so far, including wildlife habitats and their biodiversity. Although a large proportion/majority of the fires have been controlled, the rainy season is not expected until late March/early April in this area. The situation remains critical and all park teams remain on high alert.

"The protection of our World Heritage sites is not limited to the day-to-day conservation work. It is also essential to be able to act quickly and effectively in the event of an emergency. I welcome the favourable response of the RRF to Kenya's request for funding to overcome this catastrophic fire which, I hope, will not have irreversible consequences on this World Heritage site," said Mechtild Rössler, Director of the UNESCO World Heritage Centre.

Launched in 2006, the Rapid Response Facility (RRF) is a partnership between the UNESCO World Heritage Centre, Fauna & Flora International (FFI) and the Fondation Franz Weber, established to provide emergency funding to natural sites on UNESCO's World Heritage List or to sites of high conservation value.

This mechanism is an assistance available quickly and essential to intervene, among other things, in the event of a natural disaster.

Inscribed on the World Heritage List in 1997, Mount Kenya National Park includes deep valleys with low slopes and rich biodiversity arid habitats, located in an ecological zone of transition between a mountainous ecosystem and semi-arid savannah grasslands. It is also on the traditional migration route of African elephant populations. The evolution and ecology of its Afro-Alpine flora earned it recognition as a Biosphere Reserve in 1978.

This action would not have been possible without the support of the Fondation Franz Weber.