Barclays has announced their first public policy that will prevent the bank from financing projects in World Heritage sites and Ramsar Wetlands, following WWF’s call for the world’s banks to stop financing damaging activities in the planet’s most precious places.

Despite being awarded the highest levels of protection by the United Nations, almost half of all natural and mixed World Heritage sites are threatened by harmful industrial practices such as oil and gas exploration and mining. One such project that Barclays has been linked to funding is the controversial Canadian Trans Mountain Pipeline, which carries crude and refined oil from Alberta to the west coast of British Columbia including through Alberta's Jasper National Park, part of the Canadian Rocky Mountain Parks World Heritage site. Since 1954 there have been six oil spills from the section of the pipeline that overlaps the World Heritage site.

Barclays’ new policy will cover mining, oil and gas and major infrastructure industries. It states they have “no appetite” for financing transactions that support the development or expansion of projects in World Heritage sites, Ramsar Wetlands or their buffer zones unless such development will not “adversely affect the Outstanding Universal Value of the site.” The bank has stated that they will review the policy annually and “expect to broaden its scope to include other financial transactions that directly support such projects”.

Last year, WWF launched a report How Banks Can Safeguard Our World Heritage with Lord Adair Turner, which was attended by banks including Barclays. The report outlines what elements strong World Heritage site policies should include. This followed research that found that none of the 10 major global banks analyzed have fully comprehensive World Heritage policies in place. 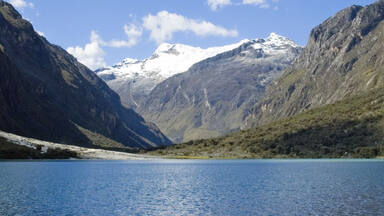 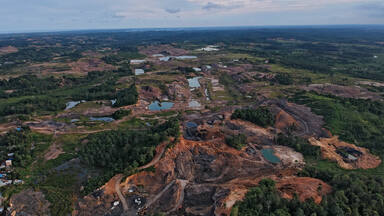