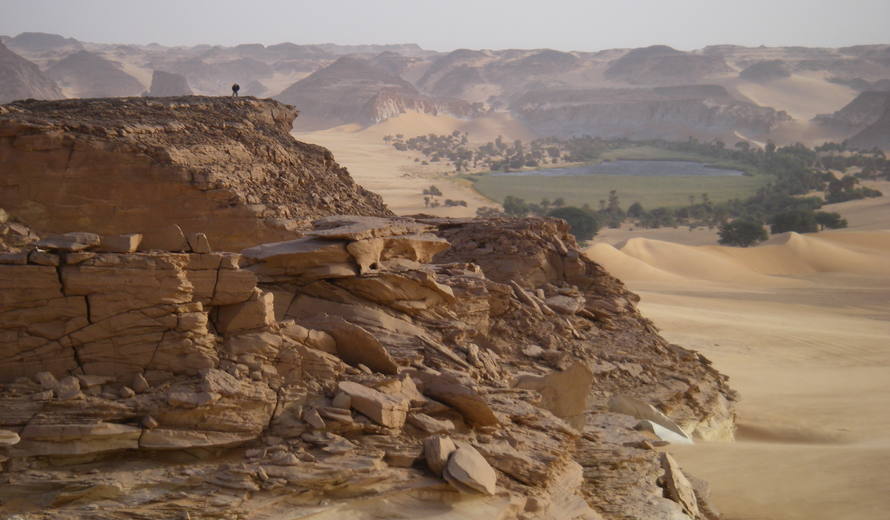 UNESCO will bring a preservation project focusing on research and the dissemination of knowledge, the rehabilitation of wetlands and wildlife corridors, and the promotion of sustainable income generating activities to the International Conference on Lake Chad, which will take place in Abuja (Nigeria) from 26 to 28 February.

Known as BIOPALT, the French acronym for biosphere and heritage of Lake Chad, the project will be implemented by UNESCO in partnership with the Lake Chad Basin Commission (LCBC)*, starting on 26 February, as the international conference opens. BIOPALT will be the subject of a roundtable discussion with representatives of UNESCO, the LCBC, political leaders, scientists and representatives of local communities from the Lake Chad Basin.

Funded by the African Development Bank for a period of three years, the project aims to take stock of Lake Chad’s water and other natural resources alongside socio-economic and cultural factors. It also aims to reinforce local capacities in natural and cultural heritage preservation and undertake pilot activities for the rehabilitation of some ecosystems and the promotion of a green economy.

In close consultation with local populations, BIOPALT will contribute, for example, to the rehabilitation of wildlife migration corridors between Chad, Cameroon and Nigeria, notably for elephants, preserve oases and prevent the drying up of water supplies by restoring ponds.

It will also focus on income generating activities such as the production of spirulina, an algae traditionally harvested by women, and support efforts to preserve Lake Chad’s iconic Kuri cattle, an endangered species.

BIOPALT is also designed to help the countries bordering the lake to work together so as to meet the management and preservation standards required for transboundary sites in the Lake Chad Basin to Biosphere Reserve and a World Heritage sites.

The Lake Chad Basin is an important source of fresh water on which more than 40 million people in Cameroon, the Central African Republic, Chad, Niger and Nigeria depend. Rainfalls have decline over the past 50 years and the lake’s surface area has shrunk by more than 90%, affecting the region’s ecosystems and economy.

The Lake Chad Basin Commission and UNESCO have been sharing information concerning the conservation of Lake Chad since 2011. The Organization is also working in the region through its International Hydrological Programme (IHP), which has notably carried out a project concerning the management of underground water resources in the Basin (1997 to 2004).