This was a follow-up activity to the Kathmandu Action Plan, adopted in September 2014 during the first South Asian sub-regional Silk Roads meeting in Kathmandu (Nepal), and was in line with the Almaty Agreement adopted at the 4th Coordinating Committee Meeting of the Silk Roads World Heritage Serial Transnational Nomination , held in Almaty, Kazakhstan, in November 2015.

The participants agreed on the following as the main outcomes of the meeting: 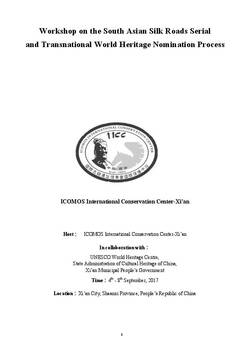 Nepal
Regions (1)
Asia and the Pacific
top
Forgot your username or password?
Become a member