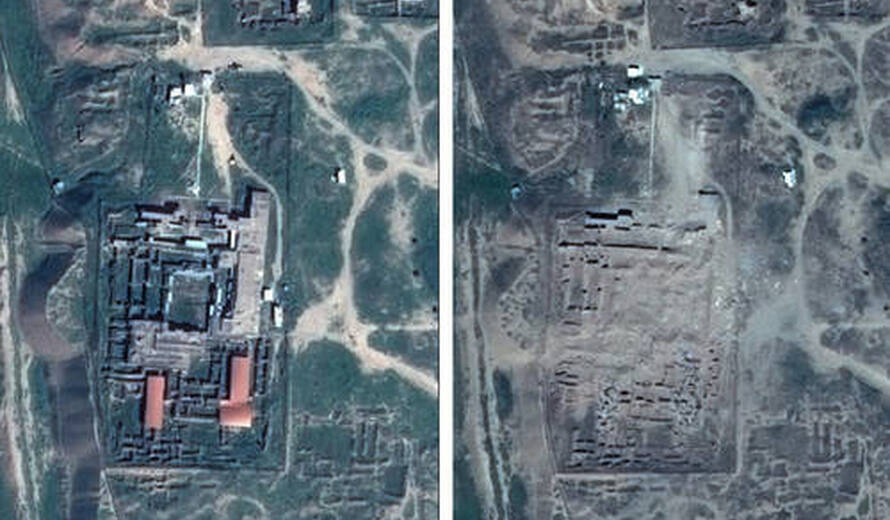 Following the confirmation by Iraqi authorities of the liberation of the archaeological site of Nimrud, the Director-General of UNESCO, Irina Bokova, has reiterated her support to the people of Iraq and the need to unite for the protection of heritage in the country.

‘This liberation is highly significant for the Iraqi people and the international community. We are now at the beginning of a new battle for the preservation of heritage and the promotion of culture as a tool for peace, dignity and pride for all Iraqis. UNESCO is absolutely determined to support Iraq in assessing the damages and protecting the remains from further looting and damage. This calls for unity and coordination, building on the best of international expertise. This is vital for Iraq and important for the world, and it is vital to help tackle a tragic humanitarian situation” said the Director General.

“The damage inflicted to Nimrud is a major loss for Iraq and for the world. The protection and rehabilitation of Iraqi’s heritage, in Nimrud and beyond, is essential for stability and cohesion in the country and the entire region,” she continued.

Work is underway on the ground to provide assessment in the coming weeks and UNESCO will intensify its actions in the framework of its Emergency Action Plan in Iraq. UNESCO is also reinforcing educational activities within the #unite4heritage campaign in camps for internally displaced persons in Erbil and schools in Baghdad, to raise awareness on the need to protect cultural heritage.

Situated 32 kilometres south of Mosul, the city of Nimrud (Kalakh), was founded more than 3,300 years ago. It was one of the capitals of the Assyrian Empire, and its frescoes and works are celebrated around the world, in literature and sacred texts. Inscribed on Iraq’s Tentative List for World Heritage since 2000, the city was deliberately and severely damaged by extremist armed groups in 2015. In March and April 2015, videos on social media channels showed severe damage to the north-west part of the Palace of Ashurnasirpal II, dating back to 879 B.C, along with destruction of stone sculptures from the neo-Assyrian era, with hammers and explosives. The damages were remotely assessed and the destruction was confirmed via satellite imagery analyzed by UNESCO’s partner, the UNITAR’s Operational Satellite Applications Programme – UNOSAT.

These acts of cultural cleansing were denounced by the Director-General of UNESCO. “These destructions may amount to a war crime and UNESCO will do everything in its power to document the damage so that these attacks do not go unpunished,” said Ms Bokova.