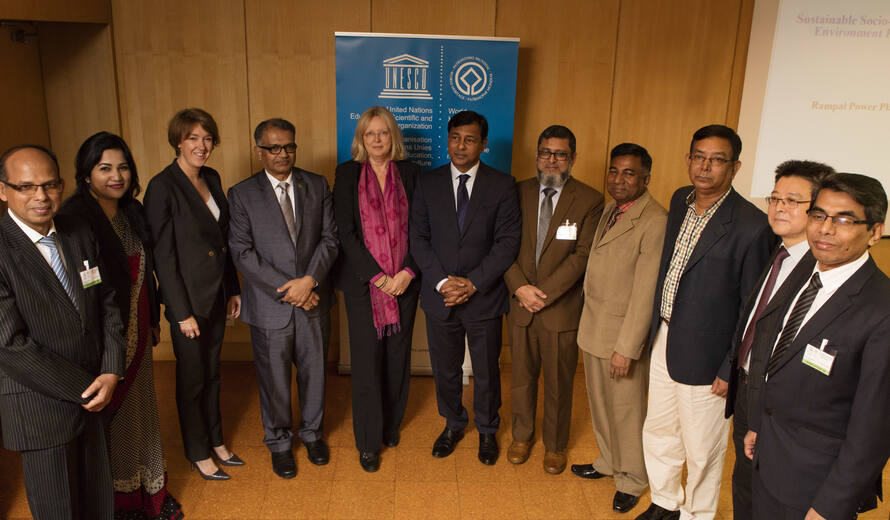 On 28 October 2016 UNESCO World Heritage Centre and IUCN World Heritage Programme representatives met with H.E. the Ambassador and an expert delegation of senior officials from Bangladesh to chart a way forward in addressing core conservation challenges to the Sundarbans, the world's largest unbroken mangrove system.

Earlier this month, the World Heritage Centre and IUCN released a report of the reactive monitoring mission that took place in March 2016 and was requested by the World Heritage Committee. The mission was tasked with reviewing potential impacts from the construction of the Rampal power plant, assessing risks from climate change, and evaluating the overall management system of the Sundarbans, including provisions around shipping safety.

The meeting set the stage for constructive cooperation and dialogue toward implementation of the mission's recommendations. The State Party of Bangladesh is expected to provide a progress report to the World Heritage Centre by 1 December 2016, including a 1-page executive summary on the state of conservation of the property. It will be examined by the World Heritage Committee at its 41st session in 2017, in view of possible inscription on the List of World Heritage in Danger.