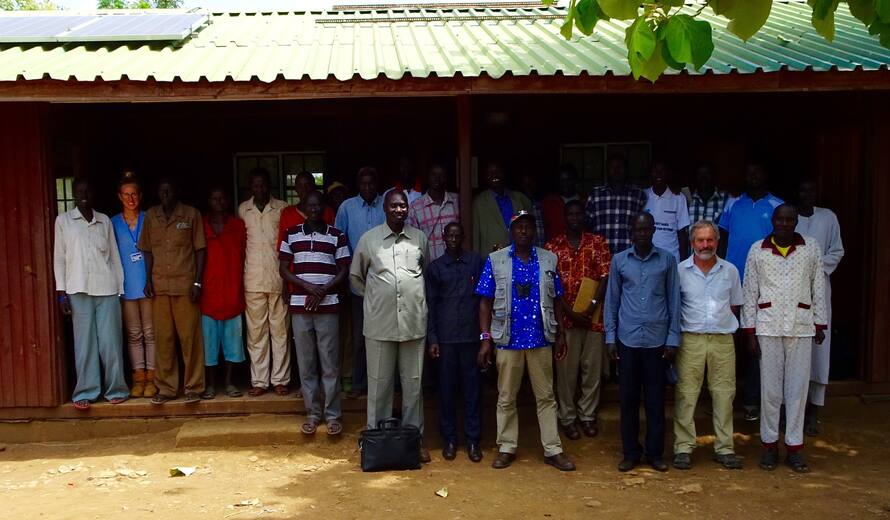 South Sudan boasts a rich and diverse array of natural and cultural heritage sites, which range from the second largest wildlife migration route in the world to biodiverse wetlands, sacred mountains and cultural landscapes. Some of the sites with the greatest potential of being listed run the risks associated with poaching, uninformed urban planning and concessions awarding for exploration and exploitation of natural resources. These factors constitute a potential danger to these sites and to their potential ‘Outstanding Universal Value’ as noted in the preamble text of the World Heritage Convention.

A ‘Tentative List’ is a detailed inventory of natural, cultural or mixed (both natural and cultural) sites, highlighting their potential ‘Outstanding Universal Value’, which a State Party may consider nominating to the World Heritage List in the coming years. The African World Heritage Fund, a UNESCO Category II Centre based in South Africa, organized a regional World Heritage Tentative List Workshop in South Sudan in 2012; and in 2014, the African Wildlife Foundation organized a natural heritage mapping towards the preparation of a Tentative List for South Sudan.

Building on these efforts, UNESCO is equipping national focal points and site managers for natural and cultural heritage together with key stakeholders and community members with the knowledge and understanding of the process and requirements for World Heritage Tentative Listing. The UNESCO experts are working closely with national team starting with the June workshop, which is being followed by distance mentoring over the next three months as the focal points liaise with natural and cultural site managers, university experts and researchers to gather and prepare the information necessary for the submission of South Sudan’s Tentative List. Community stakeholder consultations are also being organized at the various sites being considered in order to ensure local communities awareness of and involvement in the process.

UNESCO and the national authorities are planning a final Multi-Stakeholder Evaluation and Validation Workshop of the draft Tentative List for South Sudan, which is scheduled for mid-September 2016. The September gathering will bring together a wider selection of stakeholders to review the natural and cultural sites being considered for Tentative Listing and to express their views on which site or sites should be put forward as priority for World Heritage Listing.

For more information about the World Heritage Convention and capacity building activities for the Africa region.