Following years of preparation, the Tubbataha Reefs Natural Park received an “in principle” approval as a Particularly Sensitive Sea Area (PSSA) from the International Maritime Organization’s (IMO) Marine Environment Protection Committee (MEPC) last week. The endorsement is a major breakthrough in securing protection from the impacts of international shipping for the World Heritage site and a substantial step toward preventing future ship groundings.

The proposed associated protective measure that will safeguard the Tubbataha Reefs Natural Park as an “Area to be Avoided” and will apply to all vessels, over 150 gross tonnes, shipping goods through the Sulu Sea. The Sulu Sea is a major international shipping route for transportation of goods within Southeast Asia. With shipping being the most cost-effective means for transporting goods, traffic is projected to grow in the coming years.

The World Heritage Committee had expressed concerns about shipping impacts at Tubbataha Reefs Natural Park for several years, but the need for protection became particularly clear when a US Navy vessel ran aground in the unique reef in January 2013. The associated protective measure for the PSSA surrounding the World Heritage site will now undergo a final review by IMO’s Navigation, Communication, Search and Rescue Sub-Committee (NCSR), with a final decision expected at the 71st session of the MEPC in 2017.

Simultaneously, the Government of the Islamic Republic of Mauritania presented details about its intention to have the Banc d’Arguin National Park and its surrounding marine waters designated as a PSSA during a special event at IMO Headquarters on Wednesday 20 April. The event reflects the first formal step from an African nation in view of obtaining the designation and securing better protection from international maritime traffic for its universally outstanding ecosystem. Every year, Banc d’Arguin National Park shares millions of birds with the Wadden Sea and is a major feeding and stop over point on the East Atlantic Flyway. But the site is also located along an increasingly busy international shipping route which could pose devastating threats to the precious ecosystem in case of a major accident. The Wadden Sea was designated a PSSA in 2002 for which the protective measures include mandatory reporting for ships passing the area, ship routing and traffic separation systems.

Last weeks’ outcomes are a result of years of planning and preparation. The process for securing shipping protections from the IMO is lengthy and aims at ensuring all stakeholders are consulted and in agreement thereby giving the best outcomes for the environment and the global maritime industry. Both PSSAs in Mauritania and the Philippines are explicit requests from the World Heritage Committee and since 2010, the World Heritage Centre’s Marine Programme has been working closely with the Governments of the Philippines, Mauritania and the IMO-Integrated Technical Cooperation Programme to secure protection for both World Heritage sites. The World Heritage Centre undertook a first mission to the sites in 2013 and 2014 to discuss possible associated protective measures under a potential PSSA designation that could provide adequate protection for the sites’ Outstanding Universal Value and has since provided technical and financial assistance to both countries. Once fully accepted, the PSSAs will be the first such designations in Asia and Africa. 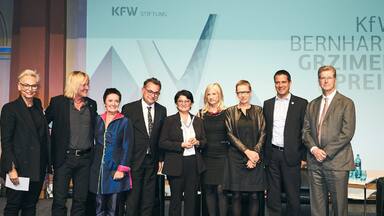 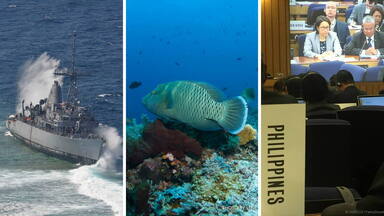 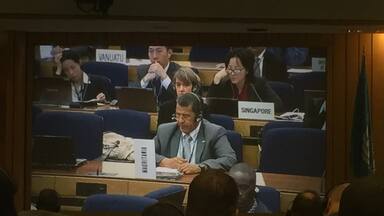