Paris, 15 February—UNESCO’s Director-General, Irina Bokova, and the Italian Minister for Foreign Affairs, Paolo Gentiloni, will sign an agreement on the establishment of a Task Force of cultural heritage experts in the framework of UNESCO’s global coalition Unite for Heritage on 16 February in Rome.

Under the agreement, UNESCO will be able to ask the Italian Government to make experts of the Task Force available for deployment for the conservation of cultural heritage affected by crises.

The agreement is a landmark in the development of UNESCO’s global coalition Unite for Heritage, which was launched in June 2015 during the annual meeting of the World Heritage Committee in Bonn (Germany). UNESCO hopes that other countries will take similar steps to reinforce the international community’s ability to respond to the growing threats facing cultural heritage in different parts of the world.

“The agreement is a major and innovative step in our effort to gain recognition for the importance of cultural heritage in cementing identity, building social cohesion and fostering resilience in times of crisis,” said the Director-General. “We must, therefore, continue pressing for the inclusion of cultural heritage protection in humanitarian and peace efforts,” added Ms Bokova.

“The establishment of a Task Force bringing together cultural heritage experts and the Italian Carabinieri force specialized in the fight against the illicit trafficking in cultural property will enhance our capacity to respond to future emergencies”, the Director-General said.

The establishment of this Task Force by the Italian Government directly implements the Strategy adopted by Member States at UNESCO’s General Conference last November. The Strategy sets out to reinforce UNESCO’s action for the protection of cultural heritage and the promotion of cultural diversity and pluralism. It calls on Member States to Contribute to the Strategy, notably through mechanisms for the rapid deployment of national expertise in emergency situations under UNESCO’s overall coordination.

Member States developed the Strategy in response to the recent large-scale, systematic destruction and looting of cultural sites and attacks on cultural diversity and cultural and religious minorities infringing on their human rights and security. Under the Rome Statute of the International Criminal Court, the deliberate destruction of cultural heritage may be considered a war crime. The reinforcement of UNESCO’s capacity to respond to current challenges builds on existing international legal instruments, notably the 1954 Convention for the Protection of Cultural Property in the Event of Armed Conflict, and enhances the scope of their application. 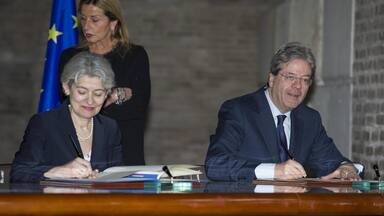 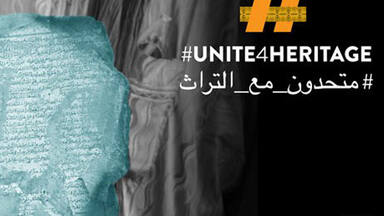