On 15 December, the Representatives of Italy, Jordan, UNESCO, INTERPOL, UNODC officially opened an exhibition on the protection of cultural heritage that will be displayed at the United Nations Headquarters from 14 to 24 December.

The exhibition is co-organized by Italy, Jordan, UNESCO, INTERPOL and UNODC with the aim to highlight the new partnership to act together against destruction and trafficking of cultural property by terrorist and organized crime groups.

The exhibition features photos of stolen and recovered cultural items as well as cultural heritage sites such as Palmyra, Timbuktu and the Bamiyan Buddhas. In addition, three vases dated 4 Century AC  that were trafficked, seized and returned by the Carabinieri are being displayed.

In addition, three cultural items seized and returned by the Carabinieri are displayed.

In their opening remarks the Ambassadors of Italy H.E. Sebastiano Cardi and of Jordan H.E. Dina Kawar stressed the importance of safeguarding of the cultural heritage from destruction and looting as part of the peoples’ identities . The link to peace and security and the humanitarian efforts was also emphasized, including the latest decision of UNESCO’s General Conference on the new strategy to strengthened the Organization’s capacities to address the damage of the cultural heritage during armed conflicts.

The partnership for the protection of cultural heritage is an open-ended initiative by Italy, Jordan, UNESCO, INTERPOL and UNODC that aims to build on the resolutions adopted by the UN Security Council, the UN General Assembly and other international bodies related to these matters, while also capitalizing on different campaigns and coalitions. It also aims at solidifying the political commitments for the protection of cultural heritage through the elaboration of concrete recommendations.

The initiative was launched on 27th of September this year, at a high-level meeting during the Leaders Summit  and co-chaired by the Ministers of Foreign Affairs of Jordan and Italy, while featuring the DG of UNESCO, the President of INTERPOL and the Executive Director of UNODC. The meeting aimed to mobilize the international community and strengthen its political commitment to implement targeted actions to prevent the destruction, smuggling and sale of cultural artefacts. Within the framework of the Partnership initiative, three experts’ events will be held in the coming year to highlight the main dimensions of the global imperative and come up with concrete proposals. A working group of experts will be discussing questions related to the themes in advance of each event, in order to prepare the content of the event. The special events will focus on the challenges along the illicit trafficking chain as well as the challenges to prevent the cultural heritage destruction. 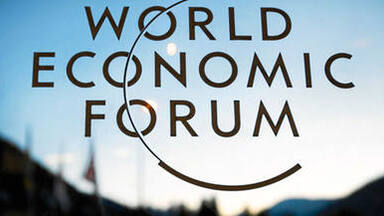