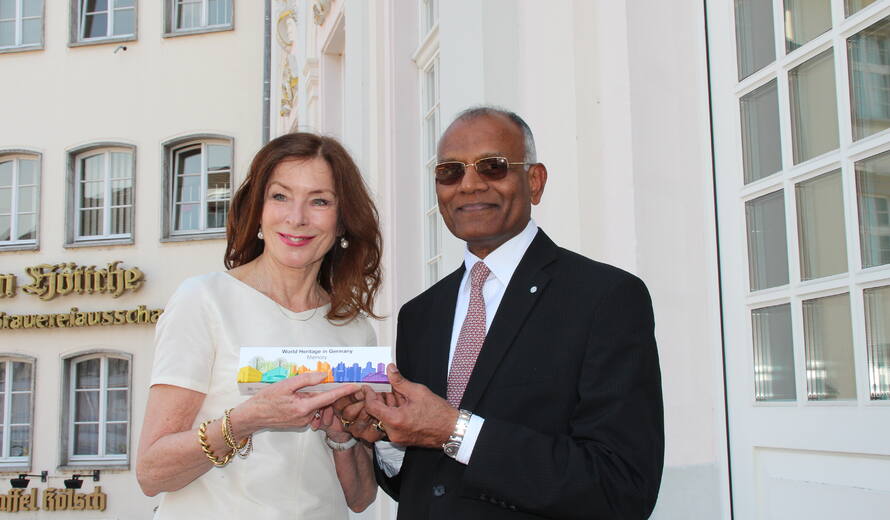 Kulturweit, a volunteer organization of the German Commission for UNESCO and the German Federal Foreign Office, has designed a card game called “World Heritage in Germany-Memory”.

The inspiration came from Kulturweit members who were delegates to the 2014 World Heritage Youth Forum held in Qatar.

The goal of the game is to teach young people about German World Heritage sites.

The German National Commission presented the game to Kishore Rao, Director of the World Heritage Centre, and the Kulturweit alumni gave copies to each of the 32 youth representatives of the Young Experts Forum 2015.