State of conservation of the Monarch Butterfly Biosphere Reserve (Mexico) 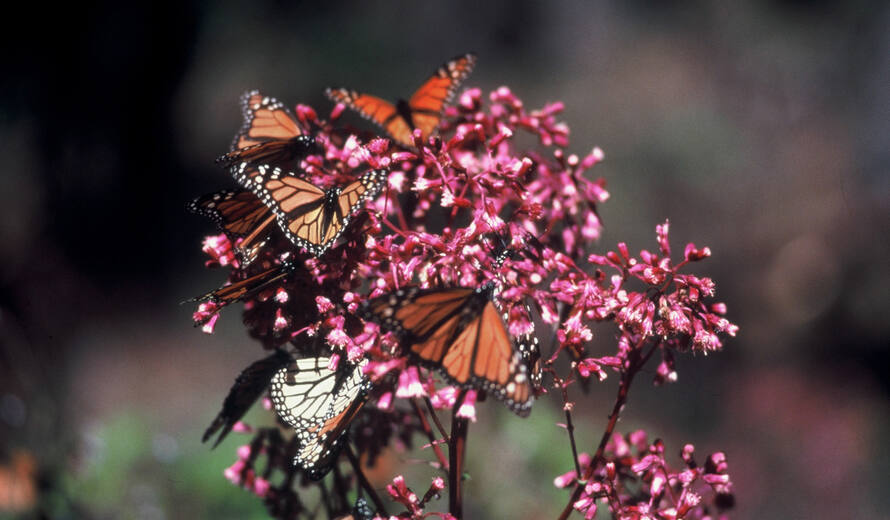 The World Heritage Committee, at its next session (Bonn, Germany, 28 June - 8 July 2015), will examine the state of conservation of the property. The draft decision proposed for the adoption of the Committee expresses its utmost concern on the reported decline in the overwintering population of the Monarch butterfly. Notwithstanding the 69% increase in butterflies recorded in 2014-2015, the area covered remains significantly lower than the historical peak, and the second lowest since monitoring began in 1993.

UNESCO World Heritage Centre and the Advisory Bodies of the Convention will continue to support the States Parties of Mexico, Canada and the United States of America for their considerable efforts to address the decline of the Monarch butterfly population, including through the establishment of a Trilateral High Level Working Group. A close follow-up to the state of conservation of this significant property will be made through the mechanisms provided within the framework of the 1972 Convention Concerning the Protection of the World Cultural and Natural Heritage.

The relevant document with the draft decision concerning the property, WHC-15/39.COM/7B.Add (page 44), can be downloaded at: https://whc.unesco.org/archive/2015/whc15-39com-7BAdd-en.pdf