Serious concern for oil spill in the Sundarbans, Bangladesh 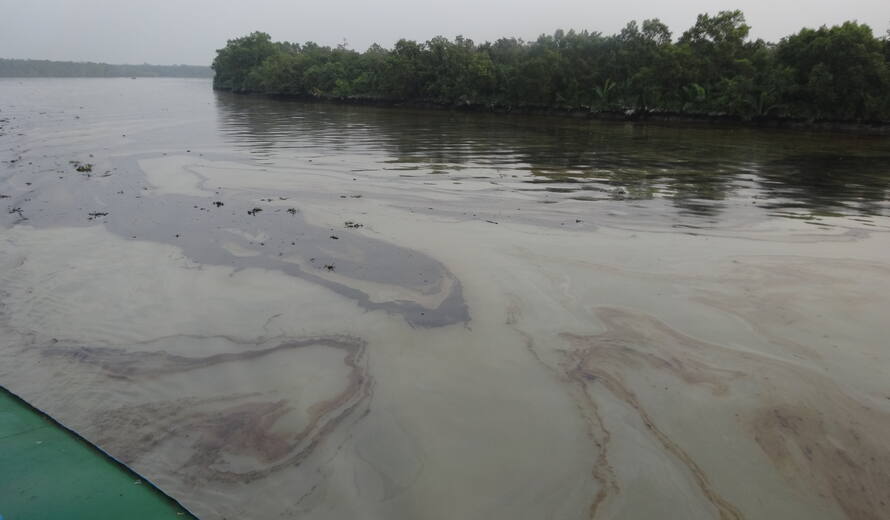 An oil spill occurred in The Sundarbans, Bangladesh on Tuesday, 9 December when a small coastal oil tanker sank after being rammed by another vessel from behind, releasing approximately 400,000 liters of oil in the water.

The Sundarbans was inscribed on the World Heritage List in 1997 and is one of the largest mangrove forests in the world. It lies on the delta of the Ganges, Brahmaputra and Meghna rivers on the Bay of Bengal, and is adjacent to the border of India’s Sundarbans National Park. The site is intersected by a complex network of tidal waterways, mudflats and small islands of salt-tolerant mangrove forests, and presents an excellent example of such ongoing ecological processes. The area is known for its wide range of fauna, including 260 bird species, the Bengal tiger and other threatened species.

Regional experts indicate that there is likely damage to the Outstanding Universal Value of the property, which must be evaluated. The UNESCO World Heritage Centre is seriously concerned about the impact of the oil spill on the World Heritage area, and is working with national authorities to ascertain the status of the situation and the best measures to be taken.