Doha, 18 June – The World Heritage Committee meeting in Doha (Qatar) today inscribed the Selous Game Reserve (United Republic of Tanzania) on the List of World Heritage in Danger because widespread poaching is decimating wildlife populations on the property. The Committee called on the international community, including ivory transit and destination countries, to support Tanzania in the fight against this criminal activity.

Covering 50,000 square kilometres, the Selous Game Reserve is one of the largest protected areas in Africa. The property is renowned for its populations of elephant, black rhinoceros, cheetah, giraffe, hippopotamus and crocodile, amongst many other species. It also has an exceptionally high variety of habitats including Miombo woodlands, open grasslands, riverine forests and swamps, making it a valuable laboratory for on-going ecological and biological processes.

However, rampant poaching has caused a dramatic decline in the wildlife populations, especially elephants and rhino, whose numbers have dropped by almost 90 percent since 1982, when the property was inscribed on the World Heritage List.

The 38th session of the World Heritage Committee began on 15 June and will continue through to 25 June, under the Chair of Sheikha Al Mayassa Bint Hamad Bin Khalifa Al Thani. 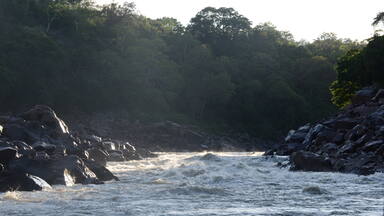 Palestine, Palestine: Land of Olives and Vines – Cultural Landscape of Southern Jerusalem, Battir (Decision 38 COM 8B.4)
Read more about the decision
top
Forgot your username or password?
Become a member