The Director-General of UNESCO, Irina Bokova, today called on all parties involved in the conflict in Syria to safeguard the country’s cultural heritage and take all possible measures to avoid further destruction. The Director-General’s appeal followed a meeting of experts held at the Organization’s Headquarters today to examine  an action plan aimed at preventing further losses and repairing damage where and when it will be possible.

“UNESCO is determined to use its expertise and its networks to help the Syrian people preserve their exceptional cultural heritage,” the Director-General said.
“Protecting heritage is inseparable from protecting populations, because heritage enshrines a people’s values and identities.

“We have heard today of the serious damage that has already been inflicted on Syria’s heritage, The destruction of sites such as the historic souk in Aleppo has made headlines around the world, clearly reflecting the concern and distress of people everywhere."

“I urge all parties to take all necessary precautions to stop the destruction of Syria’s cultural heritage, which includes some of the most precious in the world.”

“Syria’s past is threatened, just as much as its present and its future,” Mr Brahimi said.
“I can bear witness and get your message across to the leaders I meet.”

They endorsed UNESCO’s continuing action to raise awareness and share information about the status of Syria’s heritage, notably the country’s six World Heritage sites, important archaeological sites, and moveable heritage, including museums and other collections.

UNESCO has been providing training to Syrian and regional heritage professionals in an effort to preserve properties and collections from destruction, looting and illegal trafficking. The Organization has also been sharing information available on damage to all types of heritage, so as to alert customs services and art dealers about stolen heritage and help them respect the international ban on trading in looted properties (see 1970 Convention on the Means of Prohibiting and Preventing the Illicit Import, Export and Transfer of    Ownership of Cultural Property and the 1954 Convention for the Protection of Cultural Property in the Event of Armed Conflict and its First Protocol).

During the meeting, UNESCO highlighted its experience in coordinating actions to preserve heritage in times of conflict, most recently in Mali, Libya, and Iraq.

“There is no culture without people; and no society without culture,”
said Irina Bokova at the close of the meeting. 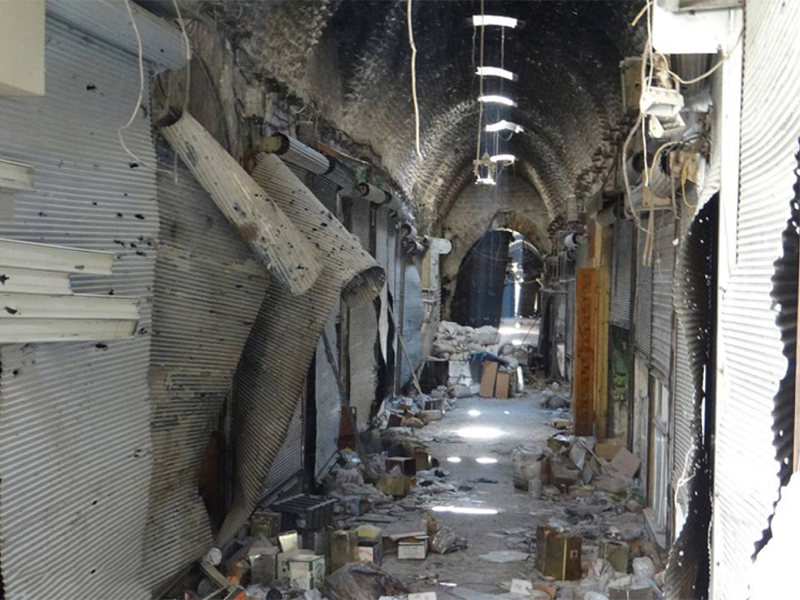 Syria: The Director-General of UNESCO Appeals to Stop Violence and to Protect the World Heritage City of Aleppo
1 March 2013
More ...