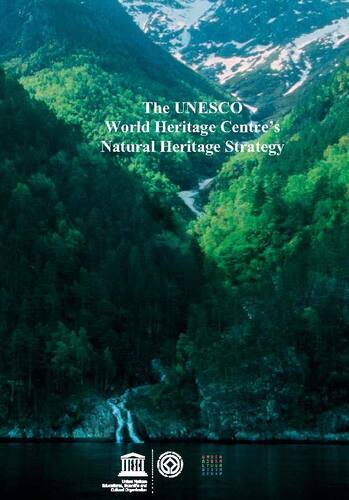 The concept of Natural Heritage is defined under Article 2 of the Convention and further elaborated in the World Heritage Operational Guidelines, which also contain the specific criteria and conditions of integrity for assessing Outstanding Universal Value(s) of prospective World Natural Heritage properties. The WHC works closely with the technical advisory body, IUCN - the World Conservation Union to ensure the long term protection and conservation of inscribed natural heritage sites and their World Heritage values. This includes undertaking monitoring missions in cooperation with site management agencies to evaluate the state of conservation of World Heritage sites, providing technical assistance, and building capacity in the States Parties. In pursuance of these and other crucial tasks the Centre has increasingly attempted to mobilise international support from public and private sectors.

Over the past several years the WHC has been able to broaden its range of partnerships and intervention strategies and raise substantial extrabudgetary resources. The United Nations Foundation (UNF) has played a key role in this effort, and the major international conservation non-governmental organisations like Conservation International (CI), Fauna and Flora International (FFI), The Nature Conservancy (TNC), The Wildlife Conservation Society (WCS) and the World Wide Fund for Nature (WWF) have figured prominently in the expanding range of activities carried out by the WHC. UNF support for biodiversity conservation has been and for the foreseeable future will continue to be a very important driver of the Centre's work on natural heritage. The WHC will continue to maintain a strong working relationship with its advisory body on natural heritage (IUCN) and all the partners who are involved in project implementation, and further diversify the nature of the collaboration.

2. Takes note with appreciation of the work undertaken by the World Heritage Centre over the past year in pursuit of its strategic objectives and requests the Director of the World Heritage Centre to frame his contributions to the preparation of the Draft Medium -Term Strategy 2008-2013 (34/C4) and Draft Programme and Budget 2008-2009 (34/C5) in pursuit of those objectives;

4. Endorses the "Strategy for Natural Heritage work of the Centre", presented as Document WHC-06/30.COM/INF.6A and welcomes the Centre's on-going cooperation with the biodiversity conventions through the Biodiversity Liaison Group and its participation in the Issue-based Modules Project of UNEP to develop tools to help countries implement their commitment under multilateral environmental agreements;

5. Recognizes the importance of providing rapid financial support to natural World Heritage properties in times of emergency, and urges States Parties to support the Rapid Response Facility as an effective means to deliver such support;