The first Regional Meeting on Modern Heritage, for Latin America, took place from 11 to 13 December 2002 in Monterrey (Mexico) and was organised by the World Heritage Centre, ICOMOS, DOCOMOMO and the Instituto Nacional de Antropologia e Historia of Mexico (INAH). Attended by more than 50 persons, two dozen experts who were selected for their professional work and experience in the field of conservation of 19th and 20th century heritage, debated the issues of identification, protection and conservation of properties and sites of the planned and built heritage of Latin America in the last two centuries. Individual experts had prepared presentations on sites as La Plata, and Buenos Aires in Argentina, Park Aterro de Flamengo in Rio de Janeiro, Valparaiso in Chile, Casa Estudio Luis Barragan, Mexico, and the Canal Area in Panama, among others, as case studies.

The second Regional Meeting on Modern Heritage, for Asia and the Pacific, took place in Chandigarh (India) from 27 to 29 February 2003 and was organized by the World Heritage Centre in cooperation with the Municipal Government of Chandigarh and the Chandigarh School of Architecture. It saw participation from thirty experts from the region. Presentations on properties and sites of Modern Heritage, prepared by individual experts, included among others the Oval Maidan and Marine Drive in Mumbai, and Chandigarh (India), the Shanghai Bund (China), the Sydney Opera House in its Harbour Setting (Australia), the Tokyo National Gymnasium Complex (Japan) and Bandung, West Java.

The third Regional Meeting on Modern Heritage, for Sub-Saharan Africa, took place in the modernist city of Asmara (Eritrea) from 4 to 7 March 2004 and was organised by the World Heritage Centre, in collaboration with the Government of Eritrea and Africa 2009 (ICCROM, UNESCO-WHC, CraTerre-EAG, African cultural heritage institutions) as counterparts. It brought together 20 experts from various African countries, who presented Asmara (Eritrea), the Kenya Cultural Centre and National Theatre (Kenya), Mzizima Historic Garden Quarter in Dar es Salaam (Tanzania), Inhambane (Mozambique), a South African Township Serial Site (South Africa), Modern Heritage in Guinea (Guinea) and the Confluence Town of Lokoja (Nigeria) as case studies in modern heritage from their countries.

From 10 to 13 November 2004, forty-five experts and professionals participated in the fourth Regional Meeting on Modern Heritage for North America, taking place in Miami Beach and Coral Gables, USA, and organised by UNESCO's World Heritage Centre and the University of Florida (College of Design, Construction and Planning Preservation Programs). 20 experts, 10 from the USA, 9 from Canada and one from Brazil, were invited by the Director of the World Heritage Centre to discuss identification, protection, conservation and potential nomination of properties and sites of Modern Heritage in North America. Presented as case studies were, among others, The Distant Early Warning (DEW) Line Station network in the Canadian Arctic; Miami Beach Heritage & Art Deco District; Habitat 67, Montreal; Marina City, Chicago; Grain elevators of Saskatchewan; The former Visitor Centre at Gettysburg National Military Park; and The Buildings of Frank Lloyd Wright. 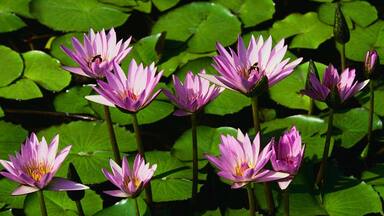