Seventeenth-Century Canal Ring Area of Amsterdam inside the Singelgracht

Seventeenth-Century Canal Ring Area of Amsterdam inside the Singelgracht

The historic urban ensemble of the canal district of Amsterdam was a project for a new ‘port city’ built at the end of the 16th and beginning of the 17th centuries. It comprises a network of canals to the west and south of the historic old town and the medieval port that encircled the old town and was accompanied by the repositioning inland of the city’s fortified boundaries, the Singelgracht. This was a long-term programme that involved extending the city by draining the swampland, using a system of canals in concentric arcs and filling in the intermediate spaces. These spaces allowed the development of a homogeneous urban ensemble including gabled houses and numerous monuments. This urban extension was the largest and most homogeneous of its time. It was a model of large-scale town planning, and served as a reference throughout the world until the 19th century. 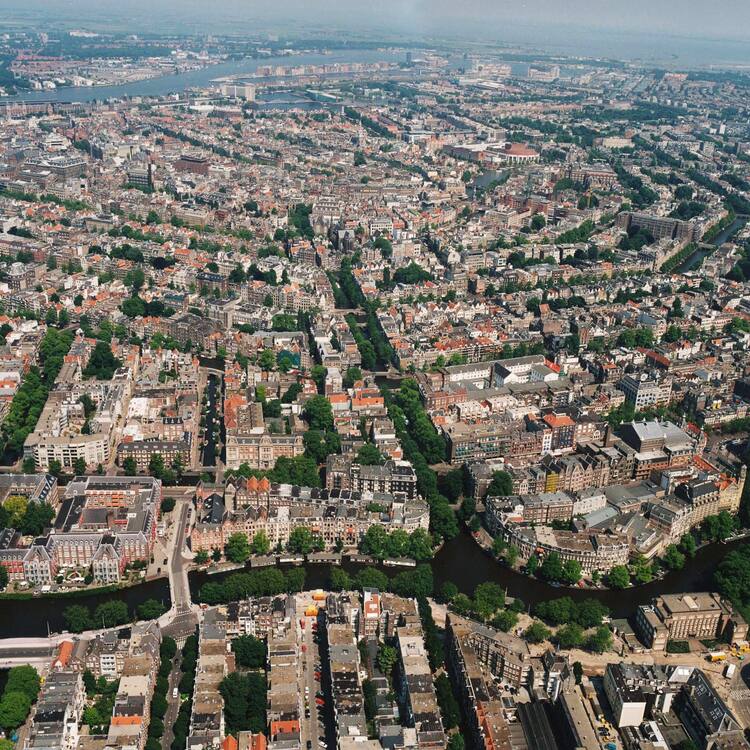 The Amsterdam Canal District illustrates exemplary hydraulic and urban planning on a large scale through the entirely artificial creation of a large-scale port city. The gabled facades are characteristic of this middle-class environment, and the dwellings bear witness both to the city’s enrichment through maritime trade and the development of a humanist and tolerant culture linked to the Calvinist Reformation. In the 17th and 18th centuries, Amsterdam was seen as the realization of the ideal city that was used as a reference urban model for numerous projects for new cities around the world.

Criterion (i): The Amsterdam Canal District is the design at the end of the 16th century and the construction in the 17th century of a new and entirely artificial ‘port city.’ It is a masterpiece of hydraulic engineering, town planning, and a rational programme of construction and bourgeois architecture. It is a unique and innovative, large-scale but homogeneous urban ensemble.

Criterion (ii): The Amsterdam Canal District bears witness to an exchange of considerable influences over almost two centuries, in terms not only of civil engineering, town planning, and architecture, but also of a series of technical, maritime, and cultural fields. In the 17th century Amsterdam was a crucial centre for international commercial trade and intellectual exchange, for the formation and the dissemination of humanist thought; it was the capital of the world-economy in its day.

Criterion (iv): The Amsterdam Canal District represents an outstanding example of a built urban ensemble that required and illustrates expertise in hydraulics, civil engineering, town planning, construction and architectural knowhow. In the 17th century, it established the model for the entirely artificial ‘port city’ as well as the type of Dutch single dwelling with its variety of façades and gables. The city is testimony, at the highest level, to a significant period in the history of the modern world.

The network of canals in concentric arcs of a circle that forms the basis of the urban layout, along with the radial waterways and streets, survives in its entirety, with its old embankments and historic facade alignments.

The majority of the houses erected in the 17th and 18th centuries are still present in a good general state of conservation. This basic situation is fundamentally healthy for an urban ensemble that is still alive and active. However, streets have sometimes been widened and the facade dwellings rebuilt, notably the current Weesperstraat arterial road. The old civil and hydraulic structures have generally been replaced, tall modern buildings affect some landscape perspectives, especially in the north of the property, and aggressive advertising pollutes the property’s visual condition.

A very large number of buildings and structures are protected by national and municipal heritage listing. The situation with regard to protection seems to be complex, within the context of the operation of the Amsterdam Central Borough (the heart of the city), but the procedures that govern protection are complied with. Good awareness on the part of those responsible means that the excesses of urban growth that was at times difficult to control in the recent past seem to be increasingly better managed, notably advertising within the property and the visual impact of tall buildings on the urban landscapes of the property.

All the management measures form an effective and coherent system, within the responsibility of the Central Borough of Amsterdam and with the guarantee of the Bureau of Monuments. A horizontal management and monitoring body for the property has now been implemented, the Amsterdam World Heritage Bureau. 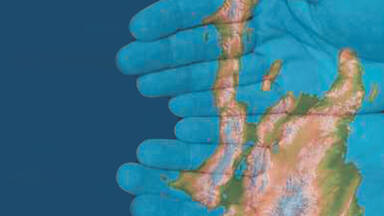 2011
top
Forgot your username or password?
Become a member