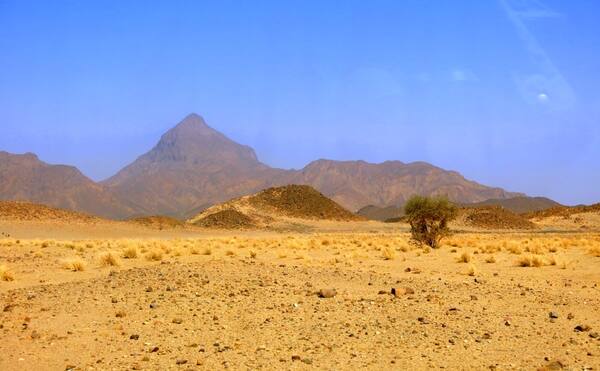 The Air and Ténéré Natural Reserves were inscribed on the World Heritage List in 1991 and on the List of World Heritage in Danger in 1992, in particular because of the impact of armed conflict.

This project aimed to:

The species census took place for 12 days in June 2014. It confirmed that the Air and Ténéré Natural Reserves still possess Outstanding Universal Value, whether in terms of landscape or of wildlife characteristic of Saharan areas and living there. A total of 14 large mammal species and 55 bird species were counted and their status is not a concern, except for the species mentioned below.

Among the important findings, the mission noted the very low probability of the presence of the Addax. The low number of Nubian Bustards is also worrying. The populations of Barbary Sheeps and Dorcas Gazelle, though still well represented, are also vulnerable. On the other hand, the results for the Dama Gazelle, recently classified by IUCN as Critically Endangered, are encouraging; but more in-depth knowledge on its distribution and density is necessary in order to implement appropriate conservation measures.

The main recommendations are to

Finally, it is noteworthy that the State of Niger and the local populations of the Air have greatly improved the security situation; this mission was an obvious example of reconciliation since military, foresters and former rebels were involved with the aim of safeguarding the natural heritage of Niger.