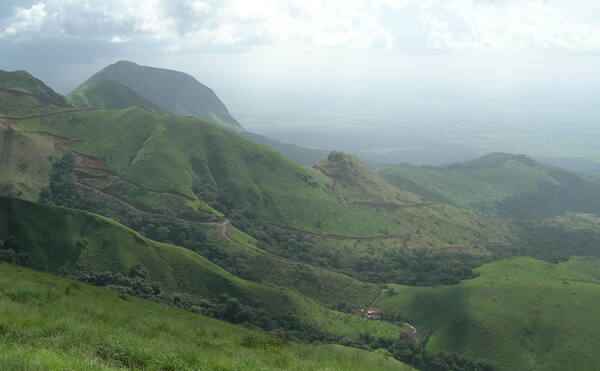 The Mount Nimba Strict Nature Reserve is a Côte d'Ivoire / Guinea transboundary property, inscribed on the World Heritage List in 1981 and on the List of World Heritage in Danger since 1992, particularly because of the threats related to mining.

The normalization of the socio-political situation in Ivory Coast in 2009-2010 allowed the authorities to renew contact with international partners and managers of the Guinean part to make an assessment of the management of Mount Nimba and revive the issue of its sustainable and transboundary management. In 2009, the World Heritage Committee had also asked Guinea and Côte d'Ivoire to hold another tripartite meeting with Liberia', as the Nimba Mountains extend partly in that country.

The planned workshop is the third in a series begun in 2001, as part of a process to develop a common vision for the conservation of Mount Nimba, leading to communication strategy, coordination and planning between the three countries (Côte d'Ivoire, Guinea and Liberia) for the effective management of the site.

The third tri-national workshop was held in Man (Côte d’Ivoire) on 6 and 7 December 2011. This meeting brought together 57 participants from Côte d’Ivoire, Guinea and Liberia, as well as representatives of NGOs, as well as national and international partners as FFI (Fauna & Flora international), IUCN (International Union for Conservation of Nature), WCF (Wild Chimpanzee Foundation), etc.

Following the workshop, a Man Tripartite Declaration on the management of Mount Nimba was adopted. In the Declaration, the management authorities of the three components of the moutain range commit to establish a tri-national mechanism for monitoring actions to be taken for the sustainable conservation of the moutain range, and to submit a draft framework agreement to their respective governments. This agreement will create an annual consultation framework and a technical committee. Article 4 of the agreement provides for the development and implementation of a transborder management plan for Mount Nimba. This management plan will be followed by the establishment of a tripartite legal framework of the property and its zones of influence.

Participants also approved a simplified management plan of the Mount Nimba Strict Nature Reserve to the portion of the property located in Côte d'Ivoire, subject to the comments made during the workshop. Finally they proposed the extension of the World Heritage site to the Liberian part of Mount Nimba.