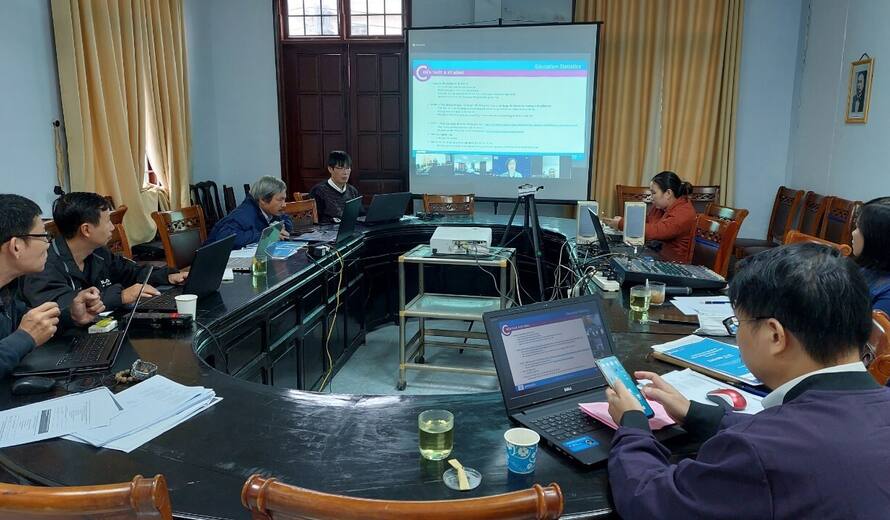 Representatives from the Vietnamese National and Local Authorities, and the UNESCO Regional Expert in the framework of the Launch Workshop for the implementation of the Culture|2030 Indicators’ project in Viet Nam and the city of Hue (10 and 11 November 2021) (10/11/2021)