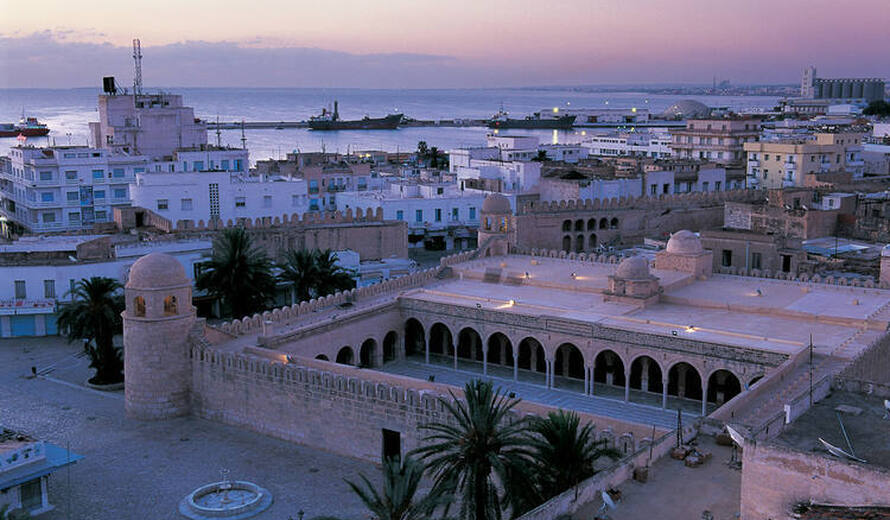 Cities and urban settlements are growing exponentially everywhere. According to the studies on population distribution by the United Nations, the number of people living in urban areas is expected to reach 68% of the world’s population by 2050. In particular, the Mediterranean region is among the most densely populated areas around a sea in the world, with a population that has doubled over the past 40 years reaching 512 million in 2018, and it is expected to grow by an additional 182 million inhabitants by 2050. The coastal strip is becoming increasingly populated and built up, and concentrates most of the major cities, many transport routes (roads, ports, airports), industrial and energy infrastructure. The Euro-Mediterranean region is also home to more than 150 UNESCO World Heritage cities that testify to its rich, long, and multi-layered history.

The numerous historic cities around the Euro-Mediterranean region calls for special attention to traditional forms of urbanisation, with the conservation of unique architectural and urban heritage, including some of the most impressive human achievements in urban design and architecture. Rapid and unplanned development of major urban areas, coupled with the increasing impacts of climate change, has caused a fast decline of many historic city centres, raising concerns on the state of conservation of the World Heritage properties, endangering cultural heritage, the urban heritage and the unique identity of the Euro-Mediterranean region.

The Union for the Mediterranean (UfM), an intergovernmental organisation with 42 Member States, and the UNESCO World Heritage Centre (WHC) are organising a two-day online conference Living with World Heritage: Adaptive Reuse and Regeneration in the Euro-Mediterranean region on 17-18 May 2021, to discuss sustainable opportunities for urban regeneration in the Euro-Mediterranean region, with a specific attention to historic cities. The recently launched  UfM Strategic Urban Development Action Plan 2040 for sustainable, resilient and inclusive cities and communities in the Mediterranean and the UfM Housing Action Plan for affordable and sustainable housing, included substantial inputs on the UNESCO 2011 Recommendation on the Historic Urban Landscape (HUL Recommendation) and references to the protection of World Heritage properties and the implementation of the 1972 Convention. This event aims to address, through the intervention of experts, stakeholders, and the observation of some case studies, a reflection on the methods and approaches to resilient futures for urban communities, marking the 10th Anniversary of the HUL Recommendation. Aiming to gather participants to represent members from different Euro-Mediterranean countries, the seminar will focus on different issues, from climate change-related concerns to the effect of population growth, with particular emphasis on practical examples of successful integration of urban heritage management and sustainable development processes.

Link to register to the event: https://ufmsecretariat.org/form-living-with-heritage-adaptive-reuse-and-regeneration-for-sustainable-cities/