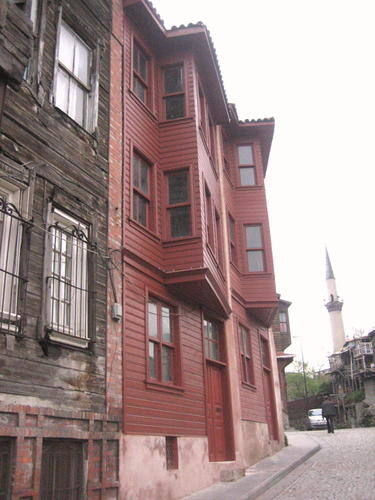 Technical support for the management, enhancement and development of the Historic Areas of Istanbul, Turkey

The Historic Areas of Istanbul, Turkey, were inscribed on the World Heritage List in 1985, and as a strategic point in the Bosphorus peninsula between the Balkans and Anatolia, the Black Sea and the Mediterranean, the City of Istanbul has been associated with great political, religious and artistic events for over 2000 years. Its masterpieces include the Hippodrome of Constantinople, the Saint Sophia Basilica dating from the 6th century and the Suleymaniye Mosque dating from the 16th century; they are currently threatened by overcrowding, industrial pollution and uncontrolled urbanisation.

The France-UNESCO Cooperation Agreement has provided technical and financial support for the development of urban studies and management mechanisms, and implemented pilot operations in Fatih, Zeyrek, Sulemanye and Yenikapi between 1999 and 2004.

The urban restoration project began in 1999 with the creation of the Fatih Heritage House, a coordinating centre for the restoration operations. Since it was created, the Heritage House has benefited from technical and administrative support from the France-UNESCO Cooperation Agreement.

After the Habitat II conference in 1996, the UNESCO World Heritage Centre carried out a feasibility study for the renovation and revitalisation of the Fatih District, with European Union funding and the support of Yves Dauge and the Institut Français d'Études anatoliennes d'Istanbul (IFEA). Due to its aims, this study went considerably beyond the geographical area which it covered. It intended to demonstrate that the future of ancient districts was not limited to restoration for tourism purposes, that it was possible to maintain working class areas and protect heritage while improving the living conditions of the residents. With this in mind, UNESCO proposed a development project based on heritage regeneration research and legal research into urban regulations. This development project allowed 7 million euros of aid to be granted to Turkey by the European Union, to implement projects uniting cultural heritage and sustainable development.

UNESCO co-funded the establishment of the Fatih Heritage House (Balat area) in 1999, and conducted research in Zeyrek, Sulemanye and Yenikapi (2001-2003). The Heritage House was established in 1999 in the area of Balat, as part of the support provided by UNESCO.

This structure meant residents could be informed and advised about heritage restoration projects and public spaces, allowing heritage to be enhanced.

Additional technical support was provided for the Heritage House and the Turkish national body for social housing (TOKI) for the implementation of social housing operations in the areas of Balat and Fener, particularly for listed buildings. This support mobilised the expertise of French aid organisations for the restoration of housing such as Agence Nationale de l’Habitat and the PACT ARIM association.

Several urban studies were conducted to implement projects for the development and protection of heritage in the areas of Zeyrek et Yenikapi, as well as to evaluate the priority restorations to be carried out, particularly doing feasibility studies for partial rehabilitation (focusing on roofs and facades) to implement a rehabilitation programme for around ten houses.

In addition, the municipality of Istanbul had programmed the implementation of an inter-regional transport network to irrigate the Golden Horn over more than 70 km. The establishment of this network included the restoration of the train station and the surrounding area, which was subject to major urban transformation. Several technical research missions were undertaken to develop measurements and projects to protect the wooden Ottoman buildings of Yenikapi and to advise local actors to help them protect the area of Yenikapi, as part of the huge development around the train station.