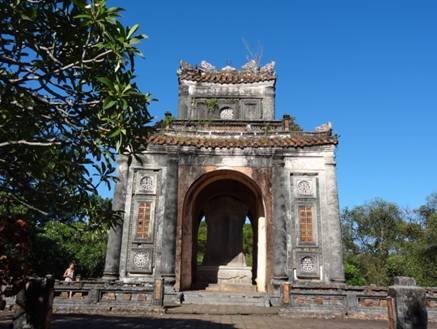 Hué, Viet Nam, is one of the last large fortified citadel cities of south-east Asia which was the imperial capital until 1945. The Complex of Hué Monuments has exceptional architectural and landscape heritage which led to its inscription on the World Heritage List in 1993. This inscription contributed to reviving its cultural influence.

The objective of the restoration and revitalisation project was to assist the national and local authorities in setting up management and conservation tools for an urban site and its surrounding landscape. The Complex of Hué Monuments is composed of a series of sites.


Technical support was provided between 1999 and 2002 and between 2004 and 2008 under the France-UNESCO Cooperation Agreement program. The objective of this conservation and revitalisation project was to assist national and local authorities to develop and design conservation and management tools for an urban area and its landscape, and also provide assistance based on projects implemented within the framework of decentralised co-operation with French local authorities.

In 1999 and 2000 to advisory missions were undertaken by a French State conservation architect and planner, in July 1999 and February 2000 within the framework of the decentralised cooperation between the City of Hué and the Lille Metropolitan Area, France). The focus was on urban conservation and designing urban and landscape management tools. Furthermore, within the framework of the Franco-Vietnamese festival “Hué 2000” program a brochure focusing on the heritages values of the site, its architecture, urbanism and landscape was published in two bilingual version for the local communities: Vietnamese/French and Vietnamese/English. It was also distributed at the occasion of a donor’s conference organised in 2000.

In 2006, a technical assistance mission consisting of a heritage architect and a French hydrology engineer was sent to Hué to establish a proposal for zoning guidelines for the citadel’s enclosure wall and surroundings. The mission also established principles concerning, in particular, the construction of road infrastructures for the preservation of the zone of the imperial tombs and the zone of the temple of the sky. To assist the local authorities in responding to the recommendations of the World Heritage Committee’s Decisions, in cooperation with the UNESCO Office Ha Noi, technical expertise was provided to assist the authorities in setting guidelines and identifying potential properties in Hué’s surroundings.

In 2008, at the request of the UNESCO Office in Ha Noi, two French experts carried out a mission within the framework of the France-UNESCO Cooperation Agreement in Hué, from 13 to 26 September 2008. The mission experts assisted the Vietnamese authorities with the establishment of measures to reinforce the conservation of the Complex of Hué Monuments, and organise preventative measures for the long-term conservation and planning of this serial site. The idea was to propose a global analysis of the site and its surroundings. The expert missions provided technical assistance for setting up a Heritage House, working out a safeguarding plan as a ZPPAUP (Architectural, Urban and Landscape Heritage Protection Zones), setting up technical assistance for inhabitants and financial incentive for building improvement work. And, finally, to launch five pilot projects whose objective was to carry out exemplary actions for the inhabitants and the public community, with the broader goal of retaining the urban morphology and the traditional residential sectors with the spatial organisation of their gardens, and to ensure that widening the roads would not destroy traditional residential zones.

Lastly in 2010-2012, Hué participated in the initiative “Developing Historic Cities: Keys for Understanding and Taking Action. A compilation of case studies on the conservation and management of historic cities” project by providing a case study focusing on financial incentives to support revitalisation of housing.