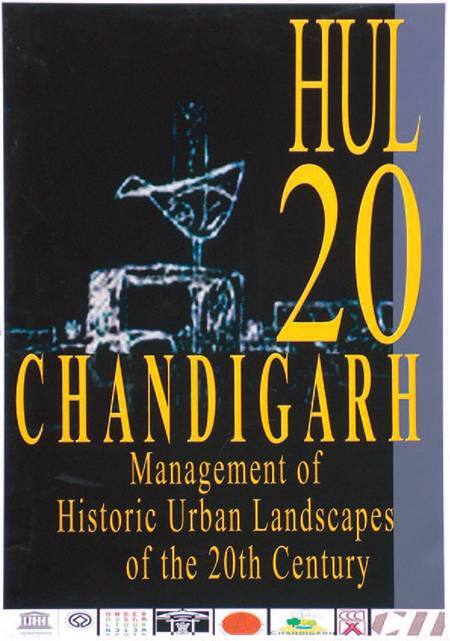 The city of Chandigarh was the first planned city in India post-independence in 1947 and is internationally renowned for its architecture and urban design. The master plan of the city was developed by Le Corbusier, transformed from an earlier plan by Albert Mayer. Most of the city’s buildings and housing, however, were designed by Pierre Jeanneret, Jane Drew and Maxwell Fry. As a union territory and capital that also serves as the capital of two neighbouring states, the city of Chandigarh, India, was in a transitional phase and under significant urban pressure that had to be addressed on a territorial level. The participation of the city in the Indian Heritage Cities Network (IHCN) was an important milestone to raising awareness with authorities. The preparation of the serial transnational nomination of the Architectural Work of Le Corbusier on the World Heritage List and the elaboration of the Recommendation on the Historic Urban Landscape (HUL), not yet adopted at the time, was the impetus for a training workshop on the urban conservation of Chandigarh.

The International Workshop on the “Management of Historic Urban Landscapes of the XXth Century”, 18-21 December 2007, Chandigarh UT, India, was organised by the Chandigarh Administration, and the Archaeological Survey of India (ASI) with the UNESCO World Heritage Centre and UNESCO Regional Office, New Delhi and the support of the France-UNESCO Cooperation Agreement backed by the French Ministry of Culture and the Netherlands Funds-in-Trust. Participants from 8 States Parties (Brazil, France, India, Israel, Italy, Malta, Switzerland, the United Kingdom of Great Britain and Northern Ireland) attended the meeting, together with representatives of ICOMOS, the World Heritage Centre, the French Ministry of Culture, the Fondation Le Corbusier and Epures, a Saint-Etienne (France) urban planning agency as well as the City of Le Havre (France). The meeting followed on from previous workshop discussions on Historic Urban Landscapes, which took place in Paris (France), Jerusalem (Israel), Saint Petersburg (Russian Federation) and Olinda (Brazil). The Chandigarh workshop also followed a previous meeting hosted the same year by the City of Le Havre (France) on 20th century modern cities: Brasilia, Chandigarh, Le Havre and Tel Aviv.

In addition, the proposed serial transnational nomination for Le Corbusier’s works was presented together with the three modern cities inscribed on the World Heritage List - Brasilia (Brazil), Le Havre (France) and Tel Aviv (Israel). The participants also toured the city of Chandigarh, which gave them the opportunity to visit some of the buildings designed by Le Corbusier such as the High Court, and architectural works and urban planning projects by Pierre Jeanneret, Jane Drew and Maxwell Fry. The discussion of the concept of “Historic Urban Landscape” (HUL) raised a number of questions, which were approached in terms of 20th century modern urbanism. With regard to Chandigarh in particular, the participants noted that the concept cast a different light on the idea of heritage, the urban landscape and the urban territory in a wider sense.

Reviewing the material on Chandigarh and Le Corbusier, the participants emphasised that HUL required thorough analysis and research with reference to international standards to properly identify the attributes, values and the protection and inclusion conditions. The qualities, spirit and “feel” of a city had to come through in its significant attributes, tools that are essential to justify the values, including intangible values, contained in its specific cultural and natural properties.

Managing change in a Historic Urban Landscape was regarded as an issue requiring further discussion. It was also stressed that the elaboration of a proposal for inclusion on the World Heritage List was an opportunity to develop urban management tools on the basis of the city’s heritage. The HUL approach could provide guidance to develop appropriate urban conservation and development measures for Chandigarh, which could, in turn, serve as a basis for a World Heritage management plan. As a result of the meeting, Chandigarh authorities proposed establishing a heritage committee with an advisory role.

Following this workshop, discussions and cooperation were pursued with the UNESCO New Delhi Office, the Indian cities network (IHCN), the Fondation Le Corbusier and Epures, a Saint-Etienne planning agency, as part of a special bilateral cooperation between Chandigarh, UT and Saint-Etienne Métropole, France.