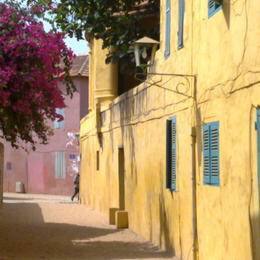 The President of the Republic of Senegal (by Decree 2001-1065 of 20 December 2001) requested the Ministry of Culture (in particular, the Department of Cultural Heritage) conduct an inventory of historical sites and monuments for Senegal over the course of five years. Since Senegal has access to international sovereignty, the country initiated the law 71-12 on the 25th of January 1971, establishing the system of historical monuments and archeological sites, as well as its application decree in 1973.

Even though research work has brought recognition to thousands of sites in Senegal, the Senegalese cultural heritage list only counted 225 registered properties. This is a very small amount considering that many of these sites were threatened, and 80% of these inscribed sites are located in the Dakar, Thiès and Saint Louis regions.

In 2003, at the request of the Senegalese authorities, the Culture Sector of UNESCO implemented the first phase of the inventory work, in the framework of the France-UNESCO Cooperation Agreement, by organizing a workshop on “Inventory Format” in Dakar, Senegal which aimed to establish a general methodology.

An important bilateral and multilateral assistance was developed in 2004-2006 to implement the conclusions of the workshop held in Dakar on inventory format, and to use the existing methodological tools for architectural heritage. This assistance enabled both follow up and further development of field surveys, as well as fine-tuning and adapting the database for the inventory of Dakar’s built heritage.

On a bilateral level, the French ministry of Culture ensured the in-depth training of two representatives of the Senegalese Department of Culture.