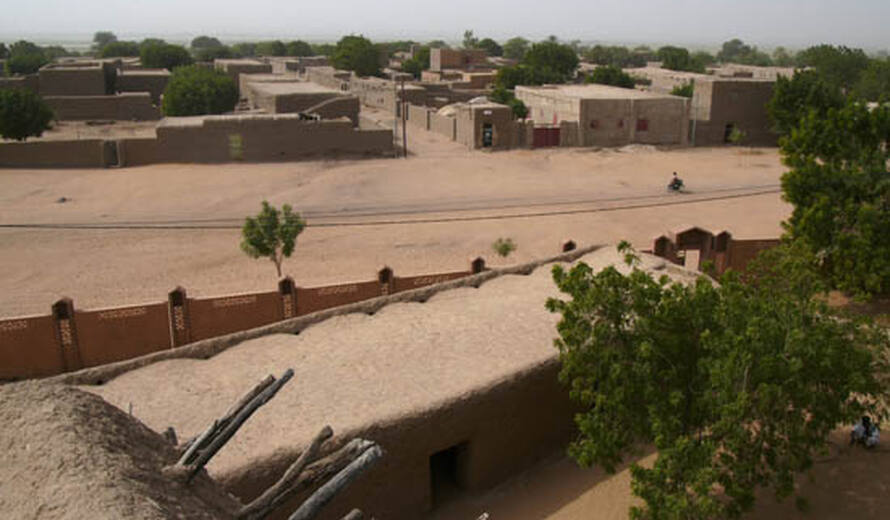 Tomb of Askia, Mali © OUR PLACE The World Heritage Collection / Our Place

The Director-General of UNESCO, Irina Bokova launched an appeal to all military forces in Mali: "I ask all armed forces to make every effort to protect the cultural heritage of the country, which has already been severely damaged”.

Invoking the Hague Convention of 1954 for the Protection of Cultural Property in the event of armed conflict and its two Protocols, Irina Bokova sent a letter to Malian and French authorities urging them to respect the Convention, and in particular Article 4 that prohibits "exposing (cultural) property to destruction or damage (…)” and calls for “refraining from any act of hostility, directed against such property”.

"Mali’s cultural heritage is a jewel whose protection is important for the whole of humanity. This is our common heritage, nothing can justify damaging it. It carries the identity and values of a people. The destruction of World Heritage sites in Mali in 2012, especially the mausoleums in Timbuktu, sparked a wave of indignation across the world, helping to raise awareness of the critical situation facing the Malian people. The current military intervention must protect people and secure the cultural heritage of Mali”.

In anticipation of military operations, UNESCO has already provided the topographic features relative to the location of sites to the concerned General Staffs, as well as individual brochures and information for soldiers to prevent damage to cultural heritage. The information has been shared with police and aid workers.

The Director-General has mobilized also UNESCO’s Emergency Fund, the World Heritage Fund to protect the Cultural Property of Mali. "I thank especially Norway, Croatia and Mauritius for their contribution to developing preventive measures and the training of armed forces on the prevention of illicit trafficking, with the mobilization of neighboring countries,” she said.

These efforts come in support of the implementation of the three resolutions adopted by the UN Security Council on the situation in Mali in 2012, all of which condemned the destruction of cultural heritage and called for its protection, giving it a place of central importance.

“The protection of cultural heritage is an essential part of all sustainable efforts to build peace and respect for human rights,” declared the Director-General.

Mali has four sites inscribed on UNESCO’s World Heritage List. This exceptional heritage reflects the achievements of human ingenuity in this region and remains a symbol of intercultural dialogue, and the tolerant and peaceful practice of religion. This cultural heritage, associated to the development of quality education, is a pillar of peace building and society in Mali.

“UNESCO stands ready to make its contribution, and we are monitoring the situation in real time. I call for the support of all Member States, in particular through the Special Fund established at the request of the World Heritage Committee, to fund future operations, especially regarding assessment, rehabilitation and reconstruction," concluded the Director-General.