Historic Centre of the Town of Olinda
(Brazil)

The representative of Brazil informed the Committee of the creation of a park between Olinda and Recife which would ensure that the zone between the two towns remained non-aedificandi.

He also brought to the attention of the Committee the problems of land subsidence, of dense traffic and increase in tourism to which the town of Olinda was exposed.He added that the authorities of his country were solving these problems.

Furthermore, he requested that the Secretariat communicate to the Permanent Delegations any information received with respect to the state of conservation of World Heritage sites. 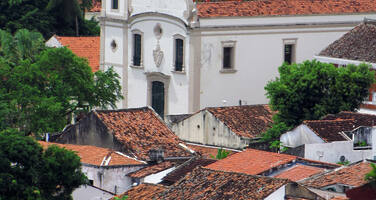 Documents examined by the Committee in 1987