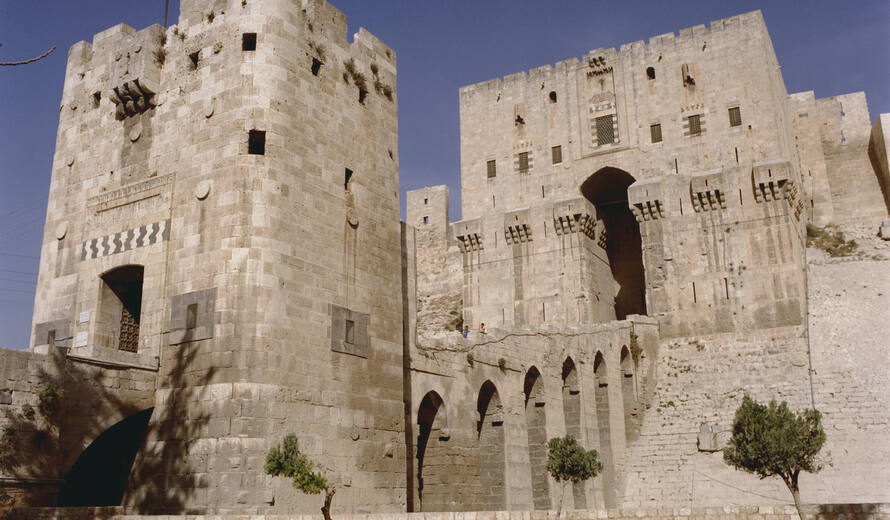 UNESCO Director-General Irina Bokova today expressed distress and dismay over the fire that severely damaged the ancient markets in the old city of Aleppo, a World Heritage site, over the weekend. She also reminded all parties of the country’s obligations under the 1954 Hague Convention for the Protection of Cultural Property in the Event of Armed Conflict, to which Syria is a signatory.

The Director-General’s comments follow a blaze yesterday that reportedly destroyed hundreds of shops in the Aleppo souk, during fierce fighting for control of the city.

“The reports from Aleppo are deeply distressing,” the Director-General said. “The human suffering caused by this situation is already extreme. That the fighting is now destroying  cultural heritage that bears witness to the country’s millenary history - valued and admired the world over - makes it even more tragic. “The Aleppo souks have been a thriving part of Syria’s economic and social life since the city’s beginnings. They stand as testimony to Aleppo’s importance as a cultural crossroads since the second millennium B.C.

“Syria is a signatory to the 1954 Hague Convention for the Protection of Cultural Property in the Event of Armed Conflict. As such it is bound to do its utmost to safeguard this heritage from the ravages of war.

“ I appeal to all forces to do their utmost to spare these monuments to human history that have contributed so much to Syria’s growth and prosperity - and which will undoubtedly prove vital to the country’s reconstruction.

“UNESCO stands ready to provide all of its expertise and support for the safeguarding of Aleppo and all of Syria’s extraordinary cultural heritage and, as soon as security permits, I will send a team there to assess the situation and provide emergency assistance for the protection  of this heritage, both in terms of mitigation of this tragedy and prevention of further damage.”

Interview of Véronique Dauge, Chief of the Arab States Unit in the World Heritage Centre following the destruction of the ancient markets in the old city of Aleppo, a World Heritage site