The List Lines and Geoglyphs of Nasca and Palpa
Print

Located in the arid Peruvian coastal plain, some 400 km south of Lima, the geoglyphs of Nasca and the pampas of Jumana cover about 450 km2 . These lines, which were scratched on the surface of the ground between 500 B.C. and A.D. 500, are among archaeology's greatest enigmas because of their quantity, nature, size and continuity. The geoglyphs depict living creatures, stylized plants and imaginary beings, as well as geometric figures several kilometres long. They are believed to have had ritual astronomical functions. 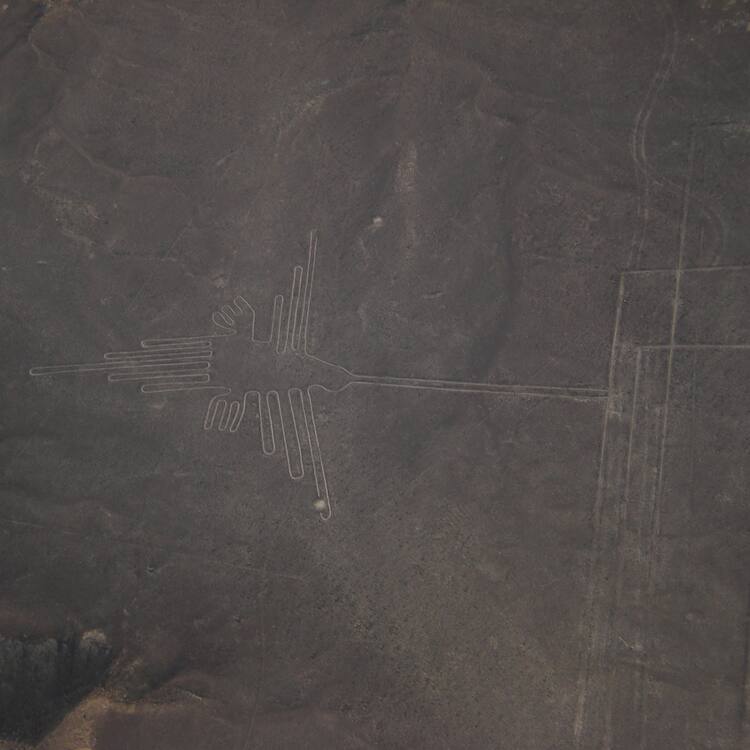 Located in the arid Peruvian coastal plain, some 400 km south of Lima, the Lines and Geoglyphs of Nasca and Pampas de Jumana are one of the most impressive-looking archaeological areas in the world and an extraordinary example of the traditional and millenary magical-religious world of the ancient Pre-Hispanic societies which flourished on the Peruvian south coast between the 8th century BC and the 8th century AD. They are located in the desert plains of the basin river of Rio Grande de Nasca, the archaeological site covers an area of approximately 75,358.47 Ha where for nearly 2,000 uninterrupted years, the region’s ancient inhabitants drew on the arid ground a great variety of thousands of large scale zoomorphic and anthropomorphic figures and lines or sweeps with outstanding geometric precision, transforming the vast land into a highly symbolic, ritual and social cultural landscape that remains until today. They represent a remarkable manifestation of a common religion and social homogeneity that lasted a considerable period of time.

They are the most outstanding group of geoglyphs anywhere in the world and are unmatched in its extent, magnitude, quantity, size, diversity and ancient tradition to any similar work in the world. The concentration and juxtaposition of the lines, as well as their cultural continuity, demonstrate that this was an important and long-lasting activity, lasting approximately one thousand years. Intensive study of the geoglyphs and comparison with other manifestations of contemporary art forms suggests that they can be divided chronologically from the Middle and Late Formative (500 BC – 200 AD) to the Regional Development Period (200 – 500 AD), highlighting the Paracas phase (400 - 200 BC) and the Nasca phase (200 BC - 500 AD). There are two categories of glyphs: the first group is representational, depicting in schematic form a variety of natural forms including animals, birds, insects, and other living creatures and flowers, plants, and trees, deformed or fantastic figures and objects of everyday life. There are very few anthropomorphic figures. The second group comprises the lines, which are generally straight lines that criss-cross certain parts of the pampas in all directions. Some are several kilometres in length and form designs of many different geometrical figures - triangles, spirals, rectangles, wavy lines, etc. Others radiate from a central promontory or encircle it. Yet another group consists of so-called 'tracks', which appear to have been laid out to accommodate large numbers of people.

Criterion (i): The Nasca Lines and Geoglyphs form a unique and magnificent artistic achievement of the Andean culture that is unrivalled in its extension, dimensions and diversity and long existence anywhere in the prehistoric world.

Criterion (iii): The Nasca and Pampas de Jumana Lines and Geoglyphs, through its unique form of land use, are an exceptional testimony of the culture and magical-religious tradition and beliefs of the societies that developed in Pre-Columbian South America between the 8th BC and 8th AD centuries.

Criterion (iv): The system of lines and geoglyphs, which has survived intact for more than two millennia, evidences an unusual way of using the land and the natural environment that represent a highly symbolic cultural landscape, using a construction technology that allowed them to design large-scale figures with outstanding geometric precision.

The Lines and Geoglyphs of Nasca and Pampas de Jumana, with their protection area that extends over 75,358.47 Ha, are well defined and include all physical aspects that convey the Outstanding Universal Value of the property, including its surrounding landscape with which they make up an indivisible unit in a harmonious relationship that has survived virtually unaltered over the centuries.

The Pleistocene alluvial terrace, currently with occasional water activity (only during the El Niño Southern Oscillation - ENSO) and the low rainfall rates (the lowest in the world), determine desert climate characteristics and extreme aridity that have favoured the preservation of the Lines and Geoglyphs of Nasca and Pampas de Jumana. Likewise, harmful human activity has caused no severe impact on the property, so the geoglyphs and cultural landscape have remained intact for nearly two millennia, from their design in the 8th century BC to nowadays. The cleaning and preservation works performed have not affected the property’s integrity and have promoted their conservation.

The authenticity of the Lines and Geoglyphs of Nasca and Pampas de Jumana is indisputable. The method of their formation, by removing the overlying weathered gravels to reveal the lighter bedrock, is such that their authenticity is assured. The creation, design, morphology, size and variety of the geoglyphs and lines correspond to the original designs produced during the historic evolution of the region’s and have remained unchanged. The ideology, symbolism and sacred and ritual character of the geoglyphs and the landscape are clearly represented, and their significance remains intact even today.

The concentration and overlapping of lines and figures provide a clear evidence of long and intense activity in the territory, reflecting the millenary magical-religious tradition of this activity by pre-Hispanic societies and the historic continuity in Nasca’s Rio Grande river basin. The property also shows different social process stages. Several historic sources and researches confirm the property’s originality and its original landscape surroundings still preserved in pristine condition and unaltered.

Even though there have been some impacts caused by natural and human factors, these have been minimal and the geoglyphs maintain their authenticity and express their high symbolic and historic value even today.

The National Constitution (Art 36) and Law Nº 28296, General Law for National Cultural Heritage are the main legal protection tools for the Lines and Geoglyphs of Nasca and Pampas de Jumana,

The protection area boundaries are established by Resolution No. 421/INC as an Archaeological Reserve. However, it has been recommended to redefine those boundaries according to the lines and geoglyphs’ real distribution in the field and submit a new proposal to the World Heritage Committee.

Since 1941 foreign scientists (notably Dr. Maria Reiche) and the Ministry of Culture have carried out archaeological investigation, conservation, permanent protection and maintenance measures.

The management and protection of the Lines and Geoglyphs of Nasca and Pampas de Jumana is the responsibility of the Peruvian Government represented by the Ministry of Culture. Documentation, research, protection and dissemination activities are being performed through the implementation of national and international research projects and civil associations, in the territory of Nasca and Palpa provinces.

A management plan “Sistema de Gestión para el Patrimonio Cultural y Natural del territorio de Nasca y Palpa” for the entire area, which is fundamental in the protection of the Lines and Geoglyphs, has been formulated and is being implemented. 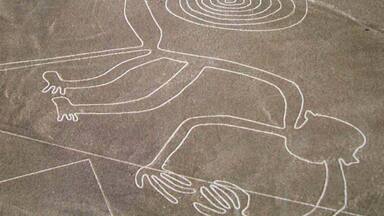