For over 2,000 years, Pueblo peoples occupied a vast region of the south-western United States. Chaco Canyon, a major centre of ancestral Pueblo culture between 850 and 1250, was a focus for ceremonials, trade and political activity for the prehistoric Four Corners area. Chaco is remarkable for its monumental public and ceremonial buildings and its distinctive architecture – it has an ancient urban ceremonial centre that is unlike anything constructed before or since. In addition to the Chaco Culture National Historical Park, the World Heritage property includes the Aztec Ruins National Monument and several smaller Chaco sites managed by the Bureau of Land Management. 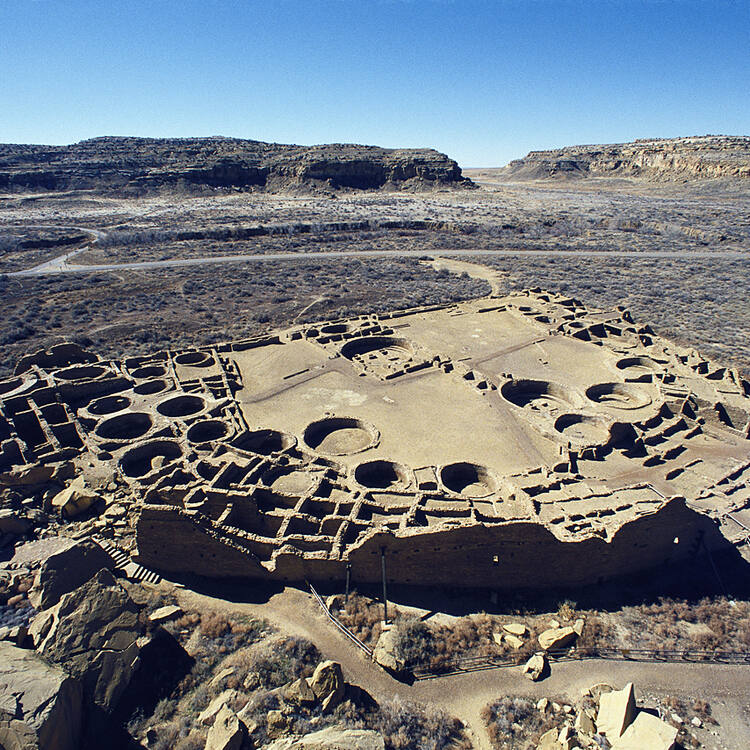 Chaco Culture is a network of archaeological sites in northwestern New Mexico which preserves outstanding elements of a vast pre-Columbian cultural complex that dominated much of what is now the southwestern United States from the mid-9th to early 13th centuries. It includes Chaco Culture National Historical Park, the associated sites at Aztec Ruins National Monument, and five additional protected archaeological areas. The Chacoan society reached its height between about 1020 and 1110.These sites were a focus for ceremonies, trade, and political activity and they are remarkable for their monumental public and ceremonial buildings and distinctive multi-storey “great houses.” The sites were linked by an elaborate system of carefully engineered and constructed roads, many of which can still be traced. These achievements are particularly remarkable given the harsh environment of the region.

The highly organized large-scale structures, featuring multi-storey construction and sophisticated coursed masonry, illustrate the increasing complexity of Chaco social structure, which distinguished itself within the regional culture of the ancestral Pueblo and dominated the area for more than four centuries. The high incidence of storage areas indicate the probability that the Chacoans played a central economic role, and the great size and unusual features of the ceremonial kivas suggest that complex religious ceremony may have been significant in their lives.

Criterion (iii): The Chaco Canyon sites graphically illustrate the architectural and engineering achievements of the Chacoan people, who overcame the harshness of the environment of the southwestern United States to found a culture that dominated the area for more than four centuries.

Within the boundaries of the property are located all the elements necessary to understand and express the Outstanding Universal Value of Chaco Culture, including walls built of sandstone and mud mortar standing more than five storeys tall, pine roof beams, and well-preserved archaeological remains that provide a comprehensive picture of the Chaco culture, all having survived due to high-quality craftsmanship and the dry, remote location. The  property is of sufficient size to adequately ensure the complete representation of the features and processes that convey the property’s significance. Further evidence of the Chacoan system, including road traces and outlier communities with “great houses,” extends well beyond the property boundaries, but was not considered for inclusion at the time of inscription. There is no buffer zone. Since the property’s inscription, efforts such as partial site reburial, fencing, and patrolling have dramatically slowed the rate of deterioration. However, threats to its integrity from adjacent development (including associated utilities and roads), energy exploration, extraction, as well as transportation projects and proposals have increased. The property does not otherwise suffer from adverse effects of development and/or neglect.

Chaco Culture is authentic in terms of its forms and designs, materials and substance, and location and setting. The property’s good state of preservation means that many walls, tools, personal goods, datable material, and other objects of information remain in their original context. A careful policy of stabilization has ensured that the original fabric and design of the structures is preserved for continuing research and interpretation.

The property is comprised of the acreage to which the federal government had surface title in 1987 located within seven components: Chaco Canyon, formerly a National Monument (1907) and now Chaco Culture National Historical Park (1980); Aztec Ruins, a National Monument (1923, expanded in 1928, 1930, 1948, 1988); and five Chaco Culture Archaeological Protection Sites (1980). The inclusion of Chaco Canyon and Aztec Ruins in the National Park system gives them the highest possible level of protection, and assures them a high standard of interpretation and public access. The legislation designating these components requires that the preservation of cultural resources be given high priority. Each Park unit has a General Management Plan and other related documents that address resource and land management and visitor use. The National Park Service’s general policies in these areas supplement the site-specific plans. The five Chaco Culture Archaeological Protection Sites are owned and managed for conservation by the Bureau of Land Management, a sister agency in the U.S. Department of the Interior. The property is subject to a suite of federal laws protecting archaeological properties. An Interagency Management Group established by federal law represents all federal, state, tribal, and local governments managing the property’s components. This group assures consistent and coordinated management through review of management decisions, sharing of technical expertise, and assistance with necessary legislation.

A long-term goal for the property is to ensure that interventions that may occur within or adjacent to the property – including development, energy exploration, extraction, and transportation projects – do not have a negative impact on the property’s Outstanding Universal Value, authenticity and integrity. 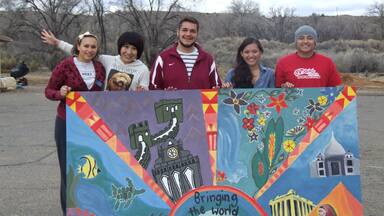