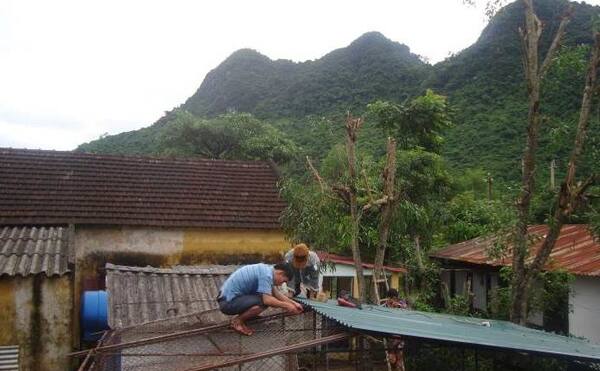 In Phong Nha-Ke Bang National Park, inscribed on the World Heritage List in 2003, lower sites were flooded which impacted on vegetation, roads and infrastructure and caused landslides. Breeding facilities, offices, veterinary medicine and some equipment were also flooded and broken down, affecting the wildlife rescue work at the Park.

This project aimed to support the following activities:

In August 2011, 3 field surveys were conducted to select sites to release wildlife to its natural environment. The selection made met the criteria for rescue activities in case of flooding. As a result, there was no harm caused to the rescue activities during the flooding season in October-November 2011.

Finally, in September 2011, 8 staff was trained in the methods for rescuing and caring for turtles, small carnivores and pangolins.