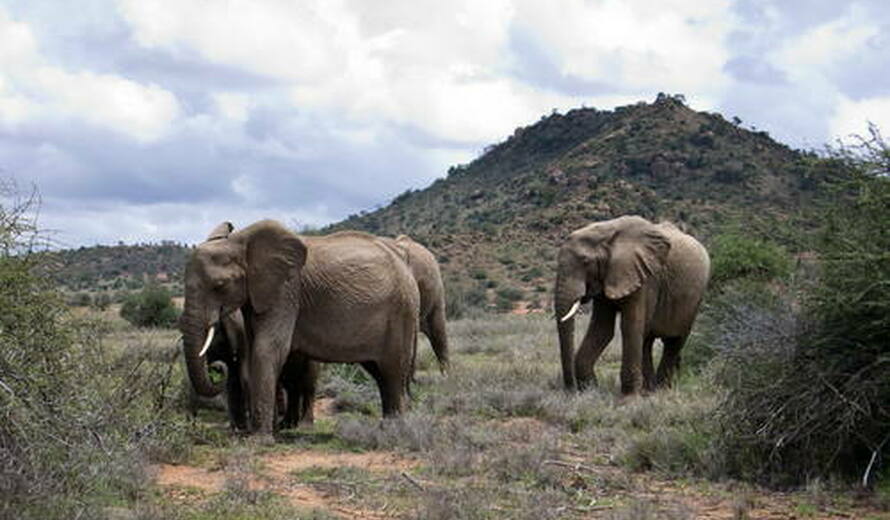 For more than a week, devastating fires have raged in Mount Kenya National Park, inscribed on the World Heritage List in 1997 and a part of the Mount Kenya Biosphere Reserve since 1978.

According to the Kenya National Parks Service (KWS), these fires have already destroyed more than 80,000 hectares of forest and grassland, which represents almost half the area of the World Heritage site. There has been no loss of human life.

Thanks to the concerted work of hundreds of civilian and military firefighters, the fires were brought under control. The rains of recent days have also contributed to their total extinction. However, KWS protocol requires a two-day observation period to declare the fires fully under control.

"UNESCO is at the disposal of the Kenyan authorities to provide all its technical expertise to strengthen the country's capacities for disaster risk reduction and greater resilience of human communities and ecosystems to climate change, particularly through its Man and Biosphere Programme and the implementation of the World Heritage Convention in Kenya," said UNESCO Director-General Audrey Azoulay.

UNESCO's Nairobi-based Regional Office for East Africa is in close communication with the Kenyan authorities and is ready to organize a rapid training course on disaster and risk preparedness for natural site managers in Kenya. UNESCO is also in a position to organize an assessment mission to define with the Kenyan authorities the measures to mitigate the impacts of these fires.

Rising to 5,199 m, Mount Kenya is an ancient extinct volcano and the second highest peak in Africa located on the equator about 180 kilometres north of Nairobi. With its rugged, glacier-crowned peaks and forested slopes, it is one of the most impressive landscapes in East Africa. The evolution and ecology of its Afro-Alpine flora also provide a remarkable example of ecological processes.